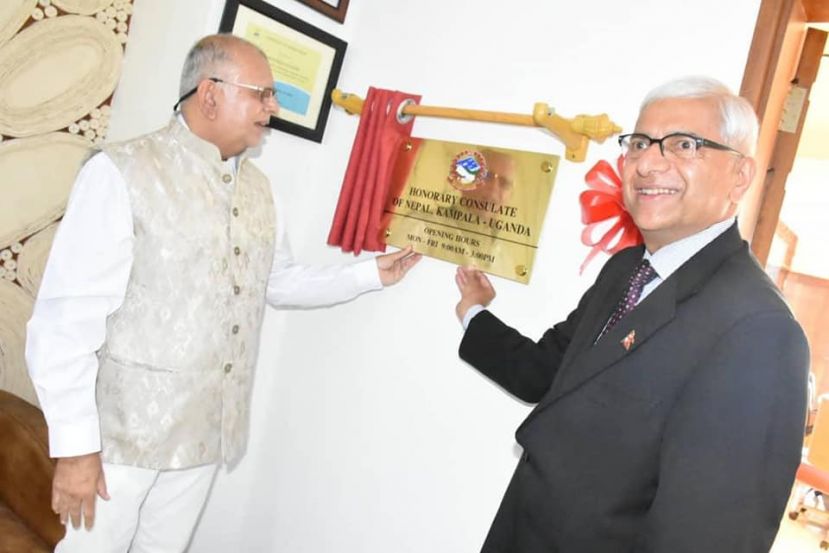 Newly appointed Federal Democratic Republic of Nepal representative in Uganda, Dr Sudhir Ruparelia has focused on promoting tourism in both Uganda and Nepal because both countries have big tourism potentials.

“Nepal is rich in religion and tourism. Tourism in Uganda is also rich and that is what I commit to strengthen,” Daily Monitor, a local newspaper, quoted Dr. Ruparelia saying at the official opening of the Nepalese Consulate in Kampala.

The Federal Democratic Republic of Nepal, yesterday opened a consulate in Uganda at Crane Chambers with businessman Dr Ruparelia as its head. The businessman also presented his credentials to Foreign Affairs minister Sam Kutesa for acknowledgement.

More in this category: « Allure Of Domestic Tourism Attracts The Rich In Uganda Cautious Sudhir Closes Down Hotels As COVID19 Bites Tourism Sector »