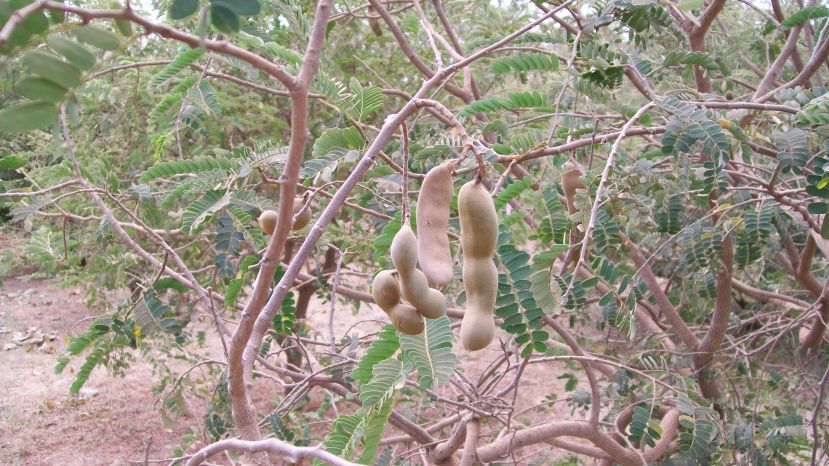 COURTESY PHOTO Beyond its cultural importance, tamarind has a role to play in the health and vitality of the landscape, biodiversity, and environment

Across Africa and into India, the Middle East and all throughout the tropics lives a massive shade tree. It can climb to more than 100 feet tall and it's expansive, sturdy branches hold recognizable feather-shaped leaves, providing shade and food to humans and animals alike.

The abundant fruit can take more than a decade to finally appear on new trees, but the sweet bean-shaped pod is a popular snack and ingredient for many. It's called the tamarind tree, and it's both culturally and environmentally significant to its native Africa.

Tamarind pods are typically cooked with rice and used in fish dishes. When I lived in Senegal while serving in the Peace Corps, a friend of mine would regularly visit a nearby tamarind tree, we'd shake the (at the time) small tree and snack on the sweet pods that fell. The leaves are also known for their medicinal uses and many tribes across Africa regard the tree as sacred.

Beyond its cultural importance, tamarind has a role to play in the health and vitality of the landscape, biodiversity, and environment. Tamarind can thrive on dry land while providing plenty of shade and establishing a strong root system that enables the hardy tree to survive over 100 years. Like any native tree, tamarind is part of a healthy African landscape.

Unfortunately, tamarind is rapidly disappearing from parts of Africa, including where I first fell in love with the tree – Senegal. In 2019, I attended the National Day of Trees Celebration in Senegal and was devastated to hear that tamarind has been nearly eliminated from what is known as the Peanut Basin.

This region of West Africa is focused on monocrop intensification of the peanut plant. At Trees for the Future we frequently talk about the harms of monocrop agriculture – one of the most noticeable threats of this agriculture method is the need for the farmer to clear all of their land to make room for that one crop. In the Peanut Basin, farmers are cutting down tamarind trees young and old to make room for peanuts.

Those that are not being intentionally removed from the landscape are falling victim to overgrazing. I remember traveling with an old friend and fellow tree planter Badara Ndao years ago when we witnessed the problem firsthand. A young livestock herder, who had climbed up a tamarind tree, was using a machete to chop the branches to feed to his cattle, goats, and sheep below.

I witnessed Badara bravely stand up to a stranger to protect this tamarind tree. There were words exchanged as the herder climbed out of the tree but held onto his machete. At that moment I saw the courage it takes to be an environmentalist on the front lines. The young herder never did hand over his machete, but Badara protected the tamarind tree that day.

Unfortunately, Badara and other environmentalists can't be there for every tamarind or threatened tree species and over the years the harmful practices have taken their toll. There are entire sets of native fruit trees being lost throughout the Peanut Basin – baobab trees, bush mango trees, and a handful of other species that aren't commonly known outside of west Africa.

The world is losing flora and fauna at a frightening rate. Many of us may think of endangered species as animals, but the plants and trees are paying the price of harmful practices as well. Last year, the Intergovernmental Science-Policy Platform on Biodiversity and Ecosystem Services (IPBES) released a report which found more than a million plant and animal species are currently at risk of extinction. A

s a lover of fruit, it breaks my heart to see monocropping farming techniques wiping out fruit trees from entire landscapes. But in the face of such daunting reports, I think we can all channel a little of Badara's bravery. We don't have to standby and allow harmful practices to continue.

Sustainable farming practices like Trees for the Future's Forest Garden Approach allow native species like tamarind to thrive. In fact, we're putting practices in place throughout our Senegalese programs to encourage farmers to replant the tamarind tree in an effort to rebuild what has been lost.

We can make choices that support sustainable farming and land management, so that future generations can live in a healthy, stable world and we can make sure they're able to enjoy the little things in life, like enjoying a sweet piece of fruit on their way home from school.

Lindsay Cobb is the Marketing and Communications ManagerTrees for the Future