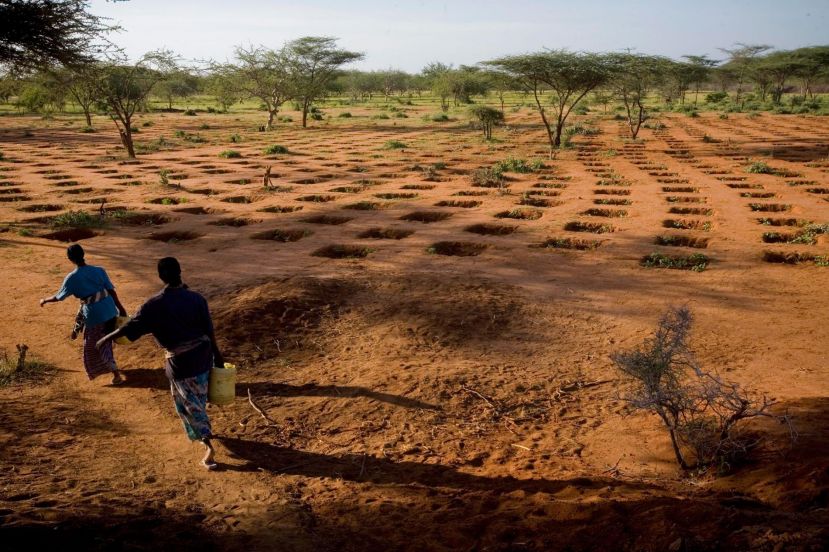 2000 representatives of the African cities, local and regional governments and non-state actors gathered in ACCRA at the 2nd African Climate Chance Summit, featuring the Conference of the Covenant of Mayors in Sub-Saharan Africa (CoM SSA) which was organized between 16 and 18 October 2019.

The conference was opened by The Minister for Local Government and Rural Development (MLGRD), Hon. Hajia Alima Mahama, under the theme "Towards the Institutionalization of Local Climate Action and Access to Finance".

The CoM SSA initiative uses a bottom-up approach pioneered by funders the European Union that mobilizes local actors for sustainable energy access, to elaborate and implement climate action plans. Furthermore, the objectives of the conference were to inspire and enable policymakers, donors, local governments and key actors involved in the implementation of CoM SSA to accelerate the pace and scale of transformational change and the mobilization of cities. It is for this reason that working with national associations and CSOs are critical for the acceleration of action on the ground.

Jean-Pierre Elong-Mbassi Secretary-General of the United Cities and Local Governments of Africa who chaired the first day's opening highlighted four key messages from the Conference i) Correct the imbalance in financing Climate Adaptation to enable Africa to achieve its ambitious climate action plans, with Africa demanding more adaptation finance; ii) Ghana to position itself as Africa's Climate Hub and champion the localization of Nationally Determined Contributions. The Mayor of Accra who is also The Global Covenant's Executive Board member and UCLG Africa's Climate Task Force co-chair, is well-positioned to take these messages to the international stage; iii) The Climate Chance Summit Africa to become the preparation conference for COPs representing cities, local governments and non-state actors in Africa to formulate and deliver their messages, declarations and recommendations at an international level where these ambitious climate plans are now called "The Accra Climate Dialogue"; iv) and the most critical of messages from the conference is to ensure climate finance is accessible at the local level.

His Excellency NANA ADDU DANKWA AKUFO-ADDO, President of the Republic of Ghana, officially opened the Summit on 17 October, in the presence of His Excellency John KUFFOUR, former President of the Republic of Ghana. President Nana Akudo-Addo highlighted that "we, in Africa, suffer the most because our weak economies are most susceptible to the effects of climate change, and our capacity to withstand its damage is low". He further stated that "Africa is the region of the world with the lowest access to energy and the least equipped to face extreme climate events brought about by climate change" and he singled out the work of CoM SSA over the last four years as testimony to the benefits the initiative has had on cities and municipalities.

During the closing ceremony on the 18 October, the challenge of access to finance was further reiterated by the Minister for Local Government, Hon. Hajia Alima Mahama. She called for establishing a dedicated financing window for local authorities to implement their climate change priority action plans. "The imbalance between mitigation actions represents an effort of over 600 billion dollars put by the international community compared to 200 billion for adaptation that must be addressed". The Declaration read by Mr. Bismark Baisie Nkum, President, NALAG also highlighted access to finance as a key recommendation.

The CoM SSA initiative will continue to support cities and local governments through vertical integration and political advocacy; technical assistance and capacity building for cities and supporting organisations such as National Associations of local governments, Civil Society Organisations (CSOs); and the promotion, communication, dissemination, awareness-raising and visibility of the initiative.