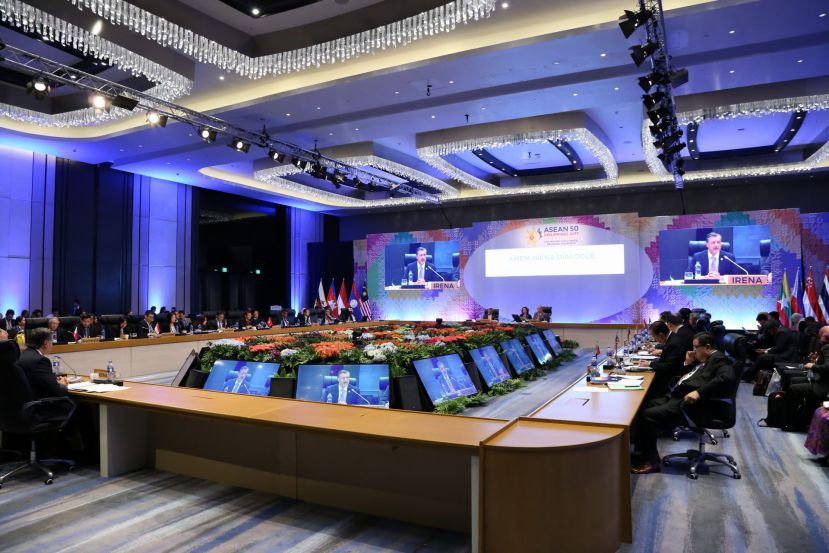 Governments of the Association of Southeast Asian Nations (ASEAN) and the International Renewable Energy Agency (IRENA), have established a strategic partnership to accelerate the region’s transition to low-carbon, sustainable energy and build its climate resilience.

In a joint statement released from the ASEAN Ministers on Energy Meeting and IRENA Dialogue by IRENA and ASEAN Member States including, Brunei Darussalam, Cambodia, Indonesia, Lao PDR, Malaysia, Myanmar, Philippines, Singapore, Thailand, Vietnam, the Energy Ministers of ASEAN and the Director-General of IRENA agreed to develop a Memorandum of Understanding on long-term co-operation between ASEAN and IRENA to harness the region’s vast renewable energy potential and support ASEAN scale up the energy transition process.

“Southeast Asia is key for the global energy transition and we are fortunate to have an effective regional partner in ASEAN. We fully support its efforts to achieve its aspirational target of 23 per cent of primary energy from renewable sources by 2025, and stand ready to co-develop longer-term plans in pursuit of a sustainable energy future,” Mr. Amin added.

IRENA has worked closely with the ASEAN Centre for Energy (ACE) and ASEAN to find ways to accelerate renewable energy deployment across the region. An IRENA and ACE renewable energy roadmap report released late last year, shows that ASEAN’s renewables target is attainable, and found that renewable energy in the region can bring lower overall costs, contribute to cleaner cities, support a more secure and robust energy supply.

The report also found that around half of the region’s renewable energy potential lies in power generation, especially in solar PV that could grow from two to almost 60 gigawatts. Furthermore, the region’s vast biomass endowment can progress end-use sectors, such as transport, buildings and industry and bring savings of up to USD 40 billion by 2025 from reduced fossil fuels expenditure, and up to USD 10 billion per year from reduced externalities caused by climate change and air pollution.

As part of the joint statement, Ministers recognised IRENA as the global intergovernmental organisation mandated to promote the widespread and increased adoption of renewable energy, and thanked the Agency for its strong collaboration in the past in promoting and disseminating policies and measures on renewable energy in ASEAN.