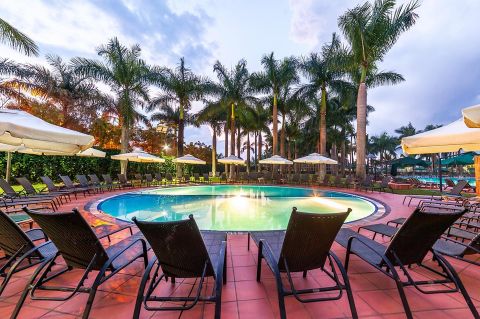 The hotel industry in Uganda and the larger tourism sector have been hit hard by the COVID19 pandemic and have courageously embraced the two months-long lockdown.

With all means of transport grounded, borders closed and Entebbe Airport closed, President Yoweri Museveni on the advice of ministry of health closed many businesses including hotels as a measure to curb coronavirus.

As the country rises from the ruins of the pandemic, many hotels are opening up for business. This week, Speke Group of Hotels, a chain of hotels owned by Ruparelia Group, announced that they are ready to open up some of their hotels.

Dr. Sudhir Ruparelia, the chairman of Ruparelia Group, said they have taken measures to ensure the safety of both guests and staff. As a requirement, hotels need to observe SOPs and guidelines as provided by government.

Some of the hotels and restaurants owned by Speke Group of Hotels that are now open and ready to serve their guests include Kabira country club, Speke Apartments Wampewo Avenue, Bukoto Heights, Boulevard Apartments, Speke Apartments Kitante and Speke Resort Munyonyo.

The Ruparelia Group runs some of Uganda’s largest and finest hotels and resorts serving both the luxury and budget market.

The Group offers the ultimate in luxury accommodation, leisure facilities and the finest conference and business meeting venues in Uganda, along with related businesses including a rafting company and a radio station that has for years rocked the airwaves in Uganda. 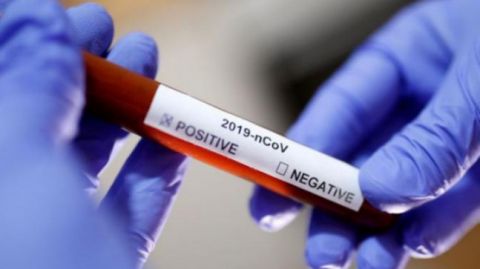 In the new partnership, Prudential shall offer cover against Natural Death to all Goldstar Workman’s Compensation and Group Personal Accident Policyholders against death due to natural causes.

Goldstar Insurance said this cover is an extension of your existing Workman’s Compensation & Group Personal Accident policy with Goldstar to bridge the gap left out by this class of insurance.

“The death benefit enshrined under the traditional workers' compensation and group personal accident is only payable if death is due to accidental causes and does not include death due to natural causes including Covid19,”

“Because of the above shortcoming, Goldstar Insurance has partnered with Prudential Life to offer cover against natural death to all Goldstar and GPA Policy Holders and death due to Covod19 is hereby covered,” Goldstar has said.

According to Wikipedia, the COVID-19 pandemic, also known as the coronavirus pandemic, is an ongoing pandemic of coronavirus disease 2019 (COVID‑19), caused by severe acute respiratory syndrome coronavirus 2 (SARS‑CoV‑2). The outbreak was first identified in Wuhan, China, in December 2019.

The World Health Organization declared the outbreak a Public Health Emergency of International Concern on 30 January, and a pandemic on 11 March. 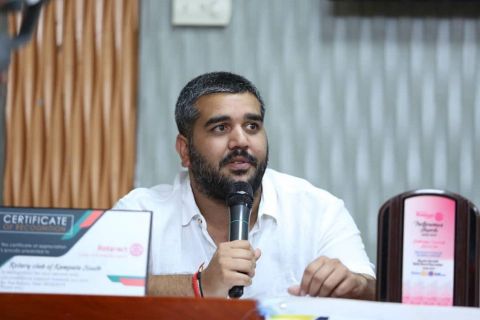 Real estate developers and property managers will have to spend money on new costs that have arisen during the coronavirus (COVID19) global pandemic, Rajiv Ruparelia, the managing director of Ruparelia Group Saturday said during a webinar organized by India Business Forum.

“The cost of operating these properties is going up. We now have to make buildings safe and with proper hygiene. You have to provide sanitizers and a temperature gun at every entrance. You have to employ people to oversee these procedures. These are all costs,” Rajiv said.

Rajiv, discussing the topic Survival of Business (real estate) Post Covid-19, noted that the real estate market is going to shrink. We are going to lose tenants, he said, adding that many industries will not survive the pandemic or might delay coming back to normal.

He advises that property developers and managers need to talk to their tenants in an attempt to have a solution especially when arrears are involved. Ruparelia Group has waived penalties on late payment of rent and has deferred arrears to three months and six months for big tenants like those occupying warehouses.

Tashin Morjaria, the executive director of Orient Bank Uganda revealed that while the real estate market for residential houses is still stable, that of commercial buildings has received a bashing due to the effects of the pandemic.

Going forward, Morjaria suggested that companies need to put in place a contingency plan that addresses pandemics. We should re-strategize how we do business, he said. 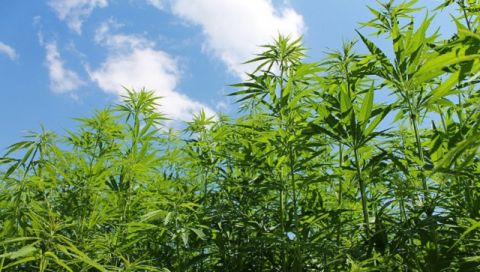 The growing of marijuana for medicinal use has attained legal status in many countries across the world including Africa where global pharmaceutical companies regard as the new frontier for growing the herb.

In Uganda, local and international companies have expressed interest in growing the herb on a commercial scale to meet the demand in Europe, North America and part of Asia where scientists continue to find medicinal value in the herb.

Uganda, according to government authorities, specifically the ministry of health, is bogged by the lack of legal regimes to regulate the growing of marijuana and for that matter has refused to license close to 100 companies desiring to farm the hemp.

Since last year when there was heightened demand for licenses to legally plant and grow marijuana for medicinal purposes the ministry of health commenced a process to revisit the laws and regulations on the matter but hasn’t come up with a promising position.

But what is most frustrating to some of the companies that despite applying for license many months to no avail is that some companies are illegally farming and exporting the herb to Europe. They say this is unfair, illegal and a bad gesture for a country like Uganda to hobnob with foreign firms at the detriment of local ones.

According to the newspaper report, Kasese-based Industrial Hemp (U) Ltd, a company with Israel links, last year signed a delivery order with Israel’s ministry of health that requires Uganda to supply dry cannabis flowers at a gate price of $1,500 per kilo. The company is expected to export additional 600kgs later this month.

And this month, Industrial Hemp, using Turkish Airlines delivered their first cannabis exports to Israel. The company, one of the few licensed, is primarily engaged in the growing and development of medical cannabis (Medical Marijuana) and cannabis products alongside sativa for industrial purposes in Uganda.

The newspaper also revealed that under the new deal, Uganda is required to supply 2.5 tonnes of medical cannabis to Israel’s pharmaceutical industry. The Israelis are looking for cannabidiol (CBD) and tetrahydrocannabinol (THC) - the two important natural drug manufacturing compounds found in plants of the cannabis genus.

But while Industrial Hemp is cracking deals, many local companies with similar or better capabilities are wallowing in inactivity after ministry of health refused to offer them licenses to deal in marijuana.

There are more than 100 bids from companies and individuals seeking to secure government clearance to grow and export marijuana for medical purposes. Among the requirements to earn the license, these companies will have to present evidence of marijuana buyers.

The government is also under pressure from the various marijuana dealers to explain why they allowed Industrial Hemp (U) Ltd, a private company working with another Israeli-based cannabis firm to grow marijuana in Kasese and "frustrated" others through "delaying tactics".

The minister of health Dr Jane Ruth Aceng last year in a letter to companies that have applied for operational licenses said the government is still in early stages of carrying out wide consultations on this nascent area to understand the economic benefits of cannabis, its medical value based on scientifically proven evidence including the challenges of regulation so that we can formulate a way forward.

She said: "In line with the above, we have not yet progressed to the stage of granting operational permits for entities to grow and process cannabis for medical export in Uganda. However, we welcome more information and input on the subject matter."

Global medical reviews have indicated that using marijuana medically may help to treat epilepsy, chronic pain and cancer symptoms, help people who are addicted to alcohol, as well as treat symptoms of mental illness, like relieving depression and post-traumatic stress disorder symptoms, among others.

The World Health Organization, however, warns against non-medical marijuana use, linking it to the high rate of mental disorders, cancer and respiratory diseases, among others.

According to the Narcotic Drugs and Psychotropic Substance Act 2015, anyone involved in the manufacture, production, sale or distribution of a narcotic drug substance commits an offence and is liable to a fine not exceeding sh2.4m or imprisonment not exceeding five years or both.

The law prohibits the cultivation of any plant from which narcotic drugs and psychotropic substances may be extracted without permission from the health minister.

According to a Daily Monitor repot in January this year, individuals and companies seeking to grow or export marijuana for medical purposes will be required to present minimum capital of $5m (Shs18.3b) and a bank guarantee of Shs4b.

Investors will also be required to present a tax clearance certificate from the Uganda Revenue Authority, lists of employees and their job descriptions, a valid trading licence, evidence of value addition to cannabis and audited accounts.

The marijuana farms/sites must not be located near schools, hospitals and residential areas and in case of any associates/business partners, the details must be disclosed to government, including site designs, a robust security system with access control systems and intrusion systems in place.