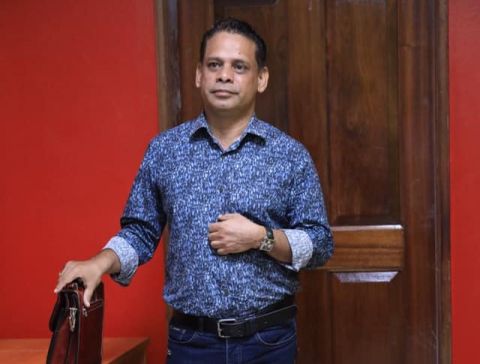 One of the former 88.2 Sanyu FM radio presenters Chris Ireland has taken over the radio station as the general manager. Ireland first worked at Sanyu FM, Uganda’s oldest FM radio station, in 1993 following the station’s formation in December that year.

Ireland now replaces Betsy Mugamba who was recently fired by the station’s owner Sudhir Ruparelia after leaked audios pinned her for leading a workers’ strike in June.

“As general manager, Ireland will spark a new wave of dominance over the airwaves with a fresh set of presenters and a dedicated team with on goal in mind - to be the market leader of Uganda's radio scene,” the station said in a statement.

“With a natural inclination to music, Chris is best suited to guide the station that brags a sound that can only be described as ‘Today’s Best Music,” the statement added.

In the old days, Ireland, using the moniker of ‘Darling DJ Chris’ pioneered the very first morning show on Sanyu FM; he now returns 26 years later with a wealth of marketing knowledge that will push the station further.

As a marketer, Ireland has worked with MTN Uganda, SABMiller, Uganda Breweries, Broadband Uganda and Madhvani Industries among other places where he rendered his talents.

While he was away from Sanyu undertaking marketing jobs with various companies, Ireland founded a band called Code 9 that kept him around the entertainment circles of Uganda. 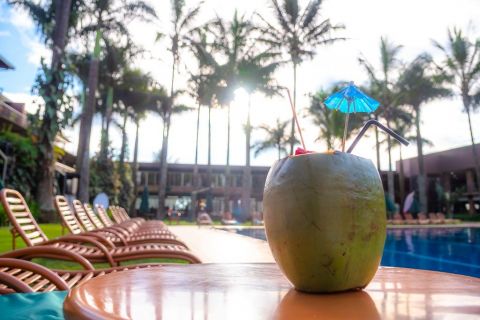 The hospitality sector is slowly returning to normal after months of the countrywide lockdown triggered by the novel coronavirus (COVID-19) pandemic with a number of hotels reopening their gates to serve their clients.

Kabira Country Club in Bukoto has announced that it has resumed full-scale operations following the partial lifting of the lockdown by President Yoweri Museveni giving hotels and restaurants a leeway to reopen.

To serve their clients better, Kabira Country Club has come up with enticing promotional offers. The affordable offers are on accommodation. The cost to stay in the studio room will be Shs395, 000 and Shs525, 000 for a one-bedroom suite.

The three-bedroom penthouse will go for Shs950, 000. These offers come with a welcome bottle of wine and breakfast.

“The health and welfare of both you and our staff is our first priority. That's why we have taken precautionary measures to prevent the spread of COVID-19 virus within our premises. All our staff are following the guidelines issued by the ministry of health and will ensure your safety too during your stay here,” the hotel said.

Kabira Country Club is the leading boutique hotel in Kampala, with a world-class restaurant, gymnasium, accommodation and a heated swimming pool. It is also the perfect hotel for a relaxing getaway and venue to hold special events, weddings and business meetings in Kampala. 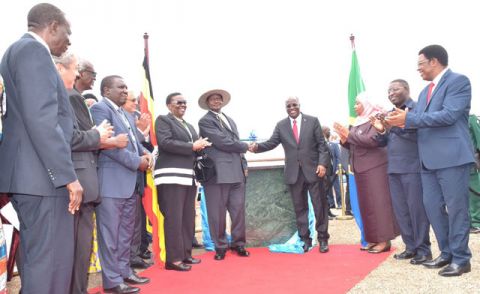 "The Bank strongly refutes the claims in the misleading article, which references a letter by a group of civil society organizations and climate change advocates asking the institution to withdraw from the project due to its potential social and environmental damage," the bank said in a statement over the weekend.

The regional bank said the NEPAD Infrastructure Project Preparation Facility (NEPAD-IPPF) has not provided financing to any Private Sector Company for upstream oil or gas pipeline projects in East Africa.

And that no commitment was therefore made to any party to fund the East African Crude Oil Pipeline Project. The project is not included in the Bank’s lending program and the bank is strongly committed to renewable energies.

"The Bank is committed to facilitating the transition to low-carbon and climate-resilient development in African countries across all its operational priority areas," it said. 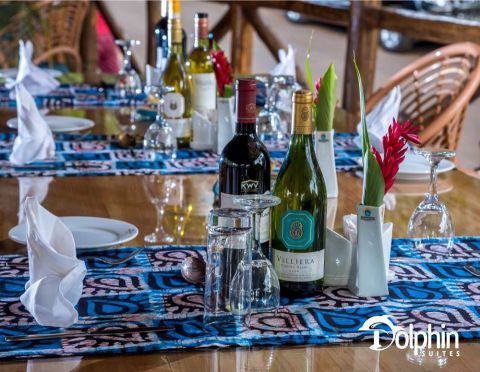 Nestled in the peaceful neighbourhood of Bugolobi, a Kampala suburb, Dolphin Suites Hotel has lined up an exotic menu to celebrity love no Valentine’s Day.

The foods on the menu are prepared in a manner that adds extreme culinary value and tastes in a diverse way. And for a paltry Shs120, 000 per couple, you can book a table by the poolside and enjoy a quiet moment to yourselves in the secure private grounds.

The dessert has fruit custard or ice cream supremacy while the drinks have red wine, white wine, soda or fresh juice.

Dolphin Suites is a well-planned and easily accessible hotel with an expansive array of facilities and services that will surely grant you an unforgettable, blissful stay.

The hotel has spacious accommodation facilities, including one and two-bedroom apartments, all at competitive prices, are fully air-conditioned with direct access telephone lines, separate kitchen, living room and satellite TV.