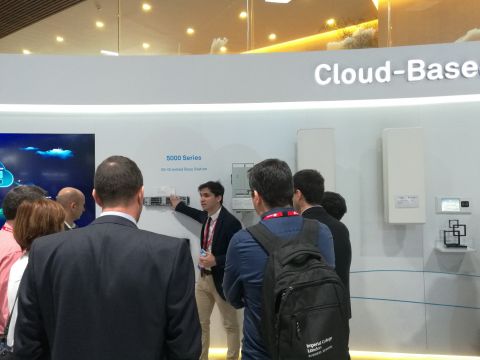 Huawei recently launched its 5000 series base station in Mobile World Congress 2017. Innovative technologies empower mobile operators to build a 5G-oriented network. The futureproof base station provides up to 10 times the support capacity of existing base stations as well as 30% better performance and 20% OPEX savings. With its new-generation 5000 base station, Huawei leads the industry in technology innovation, user experience and commercial success.

The radio unit of the 5000 series is a modular design based on leading Power Amplifier (PA) technology. It achieves the highest level of integration in the industry with best-in-class performance and high output power. It supports flexible multi-channels such as 4T4R, 8T8R and 64T64R (Massive MIMO) capabilities, thus greatly improving spectrum efficiency, network capacity, and throughput. Such innovations will benefit operators building efficient, agile, and more economical networks. Such networks have 10 times the capacity to meet future mobile broadband (MBB) traffic growth.

An Jian, president of Huawei Wireless Network Marketing and Solution Sales, said, "Huawei is dedicated to solving operator challenges and meet their demands. Broadband traffic will continue to surge with emergence of new and diversified applications. The innovative 5000 series base station provides powerful performance and futureproof design to help operators building leading ultra-mobile broadband networks. This accelerates the exploration of business opportunities, meets demands of evolution from 4.5G to 5G, and achieves commercial success."

The 5000 series base station baseband modules use new-generation baseband signaling processing chipsets and new architecture design to support Multi-RAT and Massive MIMO technologies.MWC 20 17 runs from February 27 to March 2 in Barcelona, Spain. Huawei is showcasing its products and solutions at booth 1J50 in Fira Gran Via Hall 1, booth 3130 in Hall 3, and the Innovation City zone in Hall 4. For more information, please visit  http://www.huawei.com/cn/events/mwc/2017/. 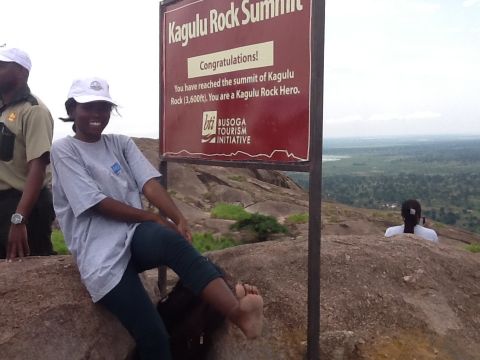 Busoga Tourism Initiative was recently named the most active tourism cluster by the organizers of this year’s Ekkula Pearl of Africa Tourism Awards. This however surprised many industry players who believe the tourism cluster has hardly been active ever since it burnt its fingers with everything it touches crumbling as soon as it opens.

When BTI’s inaugural activity, the 2012 Busoga tourism expo, failed to have its second baby step before eventually going into limbo, some gave the cluster a benefit of doubt, thinking it was just a failure on its part to attract back its sponsors.

Indeed, BTI bounced back in 2013 with the Kagulu rock climbing challenge, which was massively attended but went down after its second edition of 2014, which was embroiled in a cash bonanza fight.

This followed President Yoweri Museveni’s pledge of Shs100m, which money was handed over to Mr. Edward Kafufu Baliddawa, BTI’s chairman. The money, which was meant to develop Kagulu, apparently was diverted into other ‘things’, sparking off fights that saw the climbing challenge paused to this date. And Mr. Baliddawa’s BTI has never accounted to the people of Busoga how he spent this money.

Amidst strong criticism, BTI was able to soldier on by organizing the 2014 Bishop Hannington, Kyando, which was the second martyrs’ celebrations organized by the cluster. However, even this hit a dead end that very year when it was discovered that Mr. Baliddawa had allegedly forged a land title for Kyando in the names of BTI. There are similar claims about Kagulu.

Insiders at Busoga Kingdom say Mr Baliddawa was chased from Kyando.  The same people have threatened to take the former MP to court over Kagulu forged land title. This was unearthed after it was discovered that Mr. Baliddawa had clandestinely registered BTI as a personal company.

Previously, BTI had been started as an association that brings together parliamentarians from Busoga to promote their area as a tourism destination. Its leadership had Speaker Rebecca Alitwala Kadaga as the Patron and Mr. Baliddawa, who was the Kigulu North MP, as the chairman.

However, without the knowledge of the Speaker and Busoga parliamentarians, Mr. Baliddawa went ahead to register BTI as a personal company, adding relatives as other directors.

This perhaps explains why there has always been a rift between Busoga tourism officials and BTI, with the former preferring to work parallel to BTI activities. In fact, in 2015, when Uganda Tourism Board (UTB) was focused on partnering with regional tourism clusters to develop and promote domestic tourism in the country, it got stuck in Busoga in that an urgent meeting was held on October 21, 2015.

“During the consultative meeting held at Jinja Nile Resort, all stakeholders acknowledged all the work done by BTI and agreed to join this tourism cluster for the development of tourism in the whole of Busoga region, and also endorsed the patron and the chairperson of BTI Hon. Edward Baliddawa.

They made special recommendations as well which included:-

“This is therefore to request you Rt. Hon to champion streamline the underlying factors so that we can make budgets and work plans for the next financial year 2016 / 2017.”

The committee managed to have its first two meetings at Nile Resort hotel but after they lost enthusiasm after it became clear to them that Mr. Baliddawa wasn’t willing to change BTI’s constitution and make the cluster all embracing. Instead, he was bent on discussing what activities they can do together. Eventually, members lost morale and began boycotting the meetings.

Since the 2014 Bishop Hannington celebrations, BTI has never held any tourism activity while tourism clusters like that of Buganda, Lango and Ankole have been so active.

BTI’s awarding comes at a time when it just recently undusted itself to launch a travel book called the Best of Busoga. But even the book is under contestation after two Ugandan journalists sued Mr. Baliddawa and BTI for copyright infringement.

Details.In their suit filed on January 24 in the Commercial court, Simon Musasizi and Edward Echwalu claim that Baliddawa didn’t write the book, Best of Busoga, as he claims. 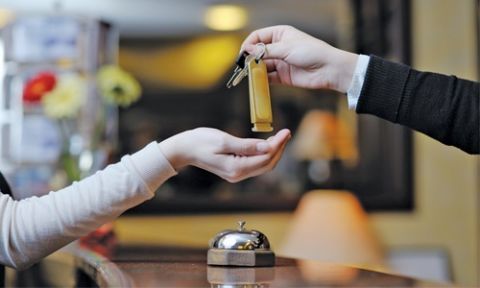 Holiday season is over, meaning not so many people are traveling as then and this decreases the amount of business hotels receive. Off- peak season usually leaves most hotel management struggling to keep the facility up and running with little or no business depending on location.

Most hotels in the city center operate more off- peak compared to those out of town whose business highly depends on how well tourism is doing in the country and holiday season. Below are some tips on how to keep the hotel busy when business is low.

The hospitality sector in Uganda lately is very competitive especially for chain hotels, you have to outcompete the rest to keep at the top. The best way to do this is by having good marketing strategies tabled in whenever and be very aggressive at making sure the campaigns have a good reach.

Packages that come with booking a room should be organised to give more value to your guest’s stay. You can provide them with spa treatments, swimming classes, gym vouchers, complimentary wine and dinner just to keep your guests satisfied with their hotel choice.

Sometimes it's good to explore the many connections you get from networking with other businesses in the sector. In most cases when a big event like a concert or conference is in town the organisers will need to book a stay. Realtors always know the new people in town looking for a new house so they can recommend a hotel for the clients to stay in the meantime.

When you have new packages for the guests to know about, make sure you promote them in travel magazines, booking offices and at the front desk. Encourage your employees to mention them to the guests whenever they can.

In a world filled with technology, it is easy for people to access anything just by the click of a button. So why not embrace this and use OTAs such as Jumia Travel? OTAs always give you the visibility you need, your hotel inclusive of rates and attractive pictures always online for a guest to book whenever they want. The best thing about this is your hotel stays online without a fee, you will however pay commission to the agency per booking depending on the terms you agreed on.

One of the most common way to push your business is adding a package that works well with the tourism attraction in your location. A good example is how most lodges and hotels near national parks, mountains, forests, falls and water bodies create packages for guests that involve the attractions. These packages can be; boat rides, mountain climbing, water rafting, forest walks to keep the guests busy during the visit.

During off peak season you can create themes at the hotel especially in the restaurants and promote them to attract clients. Ideas such as: wine tasting, Asian night, samba nights, band nights if well promoted can fill up your premises with crowds which creates business. When you have a gym, you can create dance classes and informing the guests about it.

Social media is one of the best inventions of our current generation that makes business marketing so easy for anyone who is savvy with most of the sites. Social media gives you space to freely promote your packages, share pictures of  happy guests and other activities happening at your hotel daily. Even better, promoting your company on social media sites is not very expensive and you can be on as many sites as you can as long as they suite your business. Social media  presence also gives you an edge of other hotels since it is for potential clients to easily access you.

There is no better way to keep your hotel busy than when your customer care and hotel atmosphere is welcoming to the guests. The word of mouth promotion from the guests is valued by the potential guests.

Jonan Atuhuura, the Principal Private Secretary to Omukama of Bunyoro Kitara Kingdom was this week sacked two days after he announced a new cabinet without authorization from the king.Atuhura has been transferred to the office of the Prime Minister Norman Lukumu to work as a special assistant.

Atuhuura has been the Omukama principle private secretary sincemid-2014 following the retirement of Yolamu Nsamba who served for 19 years. Francis Mugerwa, the Kingdom Public Relations Officer and minister for Information Communications and Technology confirmed the report last evening saying the recently released cabinet list was still in early stages and not for public consumption.

In a letter of clarification dated 21st November, and signed by the Omukama Dr Solomon Iguru addressed to the Kingdom premier, the king directed the latter to take charge and ensure the smooth running of the kingdom.

He said the recently announced new cabinet list document been rescinded. The news regarding the changes in the cabinet had attracted mass criticism from the kingdom subjects challenging the legality of the Principal Private Secretary to announce the cabinet changes.

Kingdom and government officials also held a crisis meeting at night at Miika Resort hotel in Hoima town aimed at solving the impasse in the kingdom.

Among government officials who attended the meeting include Dr Kasirivu Atwooki of Bugangaizi Member of Parliament, David Karubanga of Kigorobya and state minister for public service aong others.