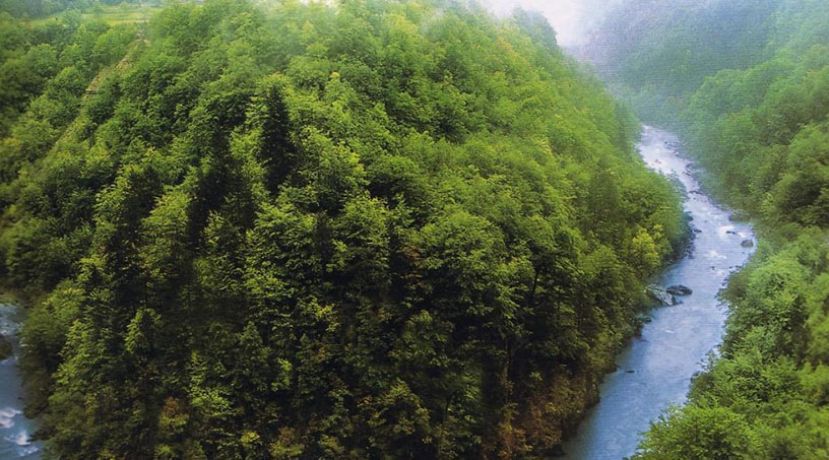 Uganda risks straining its already fragile bilateral relations with neighboring Democratic Republic of Congo (DRC) if government in Kampala goes ahead with its oil exploration plans in the Albertine region.

On 24th February, 2015 the government of Uganda announced the country’s first open competitive licensing round for petroleum exploration covering six blocks in the Ablertine region, western Uganda. One of the six blocks, Ngaji, covering 895 Km2, if developed for oil production could have a devastating impact on Virunga National Park in Eastern Democratic Republic of Congo and its ecosystem.

Virunga National Park is a UNESCO World Heritage Site and home to some of Africa’s most iconic and endangered species including mountain gorillas, reptiles,various bird species and forestry. In 2014 British Oil Company Soco International carried out seismic testing for oil on the Congolese side of Lake Edward, in Virunga, prompting widespread local opposition and an international outcry.

Now over 60 local and international environmental and tourism groups are demanding that Uganda should not license oil exploration activities at Ngaji block which is close to Virunga National Park. The organisations are warning that drilling oil in Virunga will harm the park’s ecosystem and kill tourism activities in DRC. The groups are also warning of potential damage to Uganda’s growing tourism sector.

It is feared that DRC will not take the possibility of Uganda damaging their treasured Virunga National Park lightly. The Joseph Kabila government and civil society organisations are expected to protest. The two countries have experienced flared tempers over oil activities in the past. Tensions began to rise July, 2007 when a Congolese Armed forces captured four Ugandan marines patrolling the border.

On August 1, DRC soldiers patrolling the lake attacked an oil exploration barge belonging to Canada's Heritage Oil and killed a British seismic engineering survey team leader, Carl Nefdt. The Ugandan army retaliated and a Congolese soldier died in the 15 minute shoot out while a Ugandan soldier was wounded. Since then, tension has been mounting in the oil rich border.

Following the discovery of oil in the Albertine Basin, beneath the lake, both Uganda and Congolese armies have been precautiously deploying heavily around the shores in a show of mistrust. Apart from the area’s oil reserves, it is also coveted for its mineral resources, including gold. The two countries also have unsolved border demarcation disputes which are yet to be solved.

The new ecological dispute brings the two warring countries face to face again this time DRC trying to protect Virunga. While the two governments have not said anything, the situation is delicate. Groups, including Global Witness, Greenpeace and the Zoological Society of London (ZSL), are warning that a new oil licence for Ngaji could have a devastating impact on the UNESCO World Heritage Site.

“Drilling for oil in Lake Edward may have a devastating impact on both Virunga and the local people and wildlife in Uganda” said George Boden, a Senior Campaigner at Global Witness.The organisations released a joint press statement in which they call both governments to reach a deal to stop new oil drilling licences from being awarded in Virunga National Park and the surrounding area.

Next month the Ugandan government will receive bids on six new oil licences, all of which include protected areas and one (Ngaji) of which shares a lake with Virunga National Park. Lake Edward is at the heart of Virunga’s precious ecosystem, but lies across the Congolese and Ugandan border.

“Oil activity in one part of the lake will affect all of it – the wildlife who call the lake home aren’t aware of these national borders,” the statement said in relation to effect oil activities on Uganda side will have on DRC side. There are also over 200,000 people who are dependent on Lake Edward for food. UNESCO and the governments of Uganda and Congo need to act urgently to stop oil exploration in the entire lake for good.” It adds.