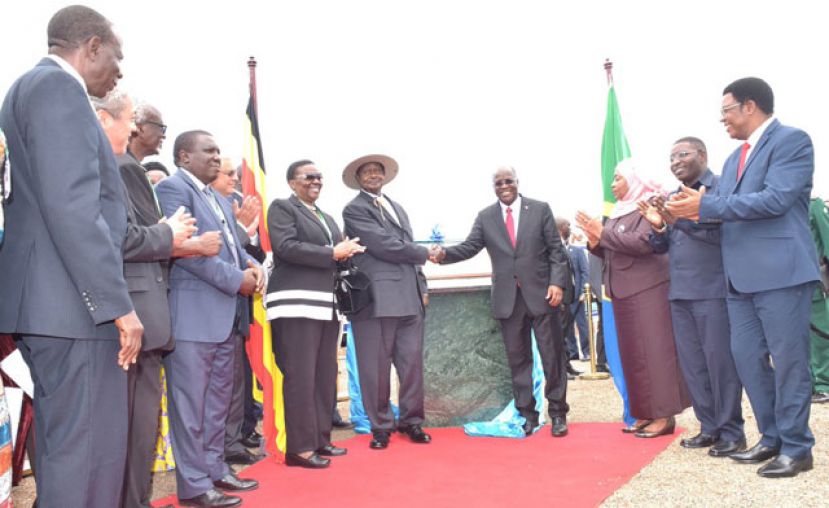 COURTESY PHOTO Presidents Yoweri Museveni of Uganda and Pombe Magufuli of Tanzania laying a foundation stone in preparation for the commencement of construction of EACOP. Construction of the project has never kickd off.

"The Bank strongly refutes the claims in the misleading article, which references a letter by a group of civil society organizations and climate change advocates asking the institution to withdraw from the project due to its potential social and environmental damage," the bank said in a statement over the weekend.

The regional bank said the NEPAD Infrastructure Project Preparation Facility (NEPAD-IPPF) has not provided financing to any Private Sector Company for upstream oil or gas pipeline projects in East Africa.

And that no commitment was therefore made to any party to fund the East African Crude Oil Pipeline Project. The project is not included in the Bank’s lending program and the bank is strongly committed to renewable energies.

"The Bank is committed to facilitating the transition to low-carbon and climate-resilient development in African countries across all its operational priority areas," it said.