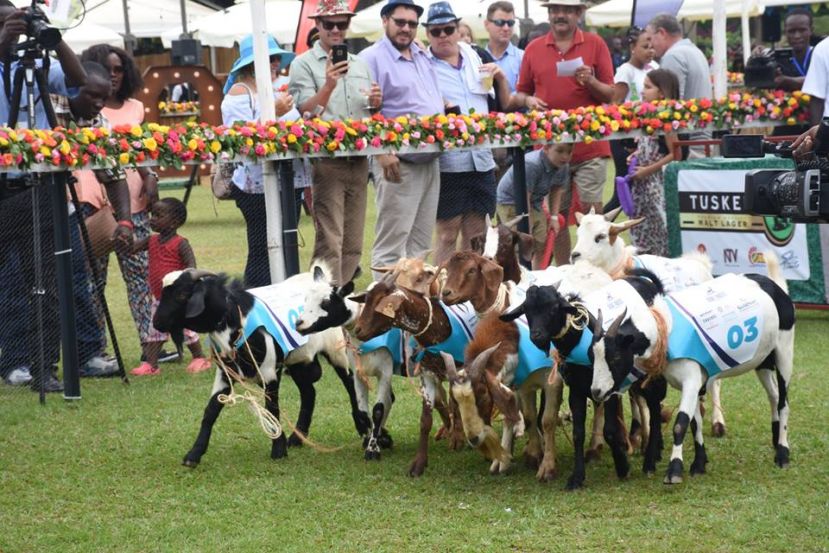 Speke Resort & Munyonyo Commonwealth Resort, the hosts of the 2019 edition of The Royal Ascot Goat Races on Saturday, 12th October, 2019, have announced that they are offering discounts on all accommodation facilities.

Ajit Singh, the Rooms Division Manager for the hotels, said this has been done to enable their customers to enjoy the goat races without worrying where they will spend the night after the fun filled day of goats racing.

Singh has encouraged customers intending to attend this year’s goat races to make use of this offer because when a customer books for any of the rooms also gets a VIP ticket to the Goat Races.

The Royal Ascot Goat Races, the most admired and exciting social event of Uganda, promises to recreate one of the most eagerly awaited weekends of merrymaking and extravagant fashion, which were the hallmarks of the Goat Races for years.

Dr. Sudhir Ruparelia of Ruparelia Group who are organizing the event said the goat races is a great function for charity purposes. And in that spirit, proceeds from this year’s event will be used to undertake an Eco Brick CSR project to build toilets aimed at improving sanitation at the Good Samaritan High School in Kamwokya.

This year’s other sponsors of the event include 88.2 Sanyu FM, Goldstar Insurance, Speke Resort Munyonyo, Robbialac and NTV.

The goat races will entail eight races over the course of the day, with each race featuring eight goats. Anyone can sponsor a race, or buy a goat to participate in a race. The proceeds generated from the races will then go to a selected charity.

Races go for anything between Shs6m and Shs10m while goats go for between Shs500,000 and Shs1m. Already, Gold Star, Euroflex and Orient Bank have already acquired goats of their own.