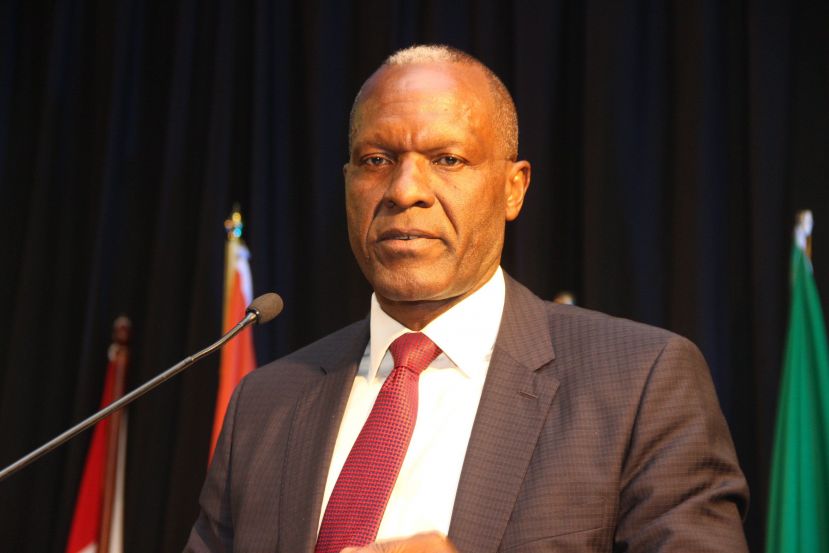 With the recently introduced reforms in Namibia's renewable energy sector and the growing presence and entry of international oil companies entering the hydrocarbons sector, the Ministry of Mines and Energy is optimistic about the country's energy future.

"There are very positive and encouraging signs when we talk about the hydrocarbons sector. We have had a couple of investors that are keen on entering the market and potentially finding something," said Hon. Tom Alweendo, Namibia's Minister of Mines and Energy during a webinar hosted by the African Energy Chamber in partnership with Africa Oil & Power on Friday.

"On the renewable energy sector, we have been able to introduce some reforms that have made it possible for independent power producers to come into the sector and produce clean energy, especially through solar and wind," he added.

Minister Alweendo was joined by the Chamber's Executive Chairman, NJ Ayuk, who encouraged a practical and realistic energy transition that addresses the continent's energy needs first.

"Oil and gas are going to be around for a long time and will remain a major part of many countries across Africa. The same can be said for clean energy. We have to be environmentally conscious and ensure that lowering carbon emissions remains a key priority," said Nj Ayuk. "But, we have to also look at where we stand as a continent and address our needs first," he added.

Although Namibia is largely a consuming country, it hopes to grow its upstream industry, improve energy security through diversifying its energy mix. In achieving this, the country is looking forward to collaborating with the private sector to review its policies in order to attracter further investment.

Other topics explored during the discussion guided by the theme: The Future of the Namibian Energy Industry included plans on the development of the Kudu gas project to which the minister provided that the ministry is currently relooking the project's business model and hopes to move forward thereafter.

On other key projects, Minister Alweendo said the 37,500 bpd barge-mounted refinery in Walvis bay was due to finalize in March this year but, was deterred by the pandemic. Despite this, the ministry is exploring other avenues in order to reach completion on the $370 million project by the end of 2020.

The Angola-Namibia cross border Baynes hydroelectric dam is currently undergoing feasibility studies and is planned to commence with construction in June this year. The 600MW output will be split in 300MW for Angola and 300MW for Namibia.