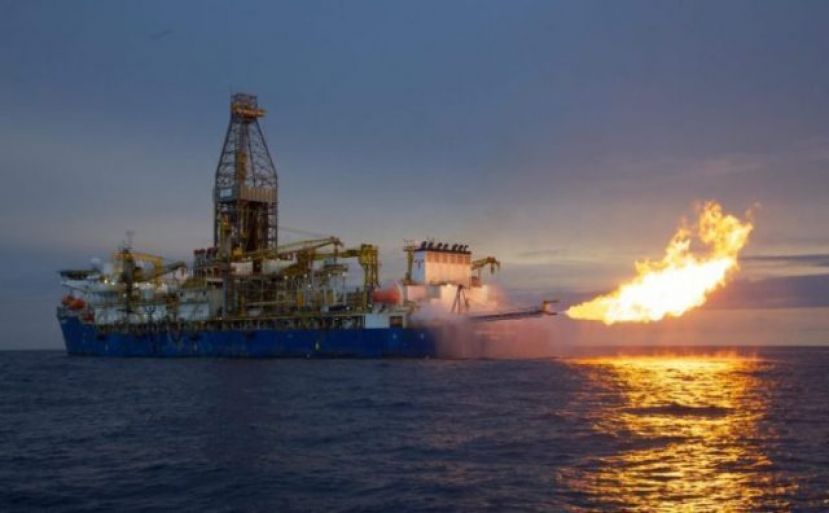 INTERNET PHOTO In order to tap Africa's immense reserves, commercial terms must be in place to draw those investments

Although it may appear that much of the exploration activity in Africa is driven by smaller independents, the supermajors still have a significant role to play. In recognition of the importance of the market these supermajors were all well represented by senior executives at this year’s Africa Oil Week.

The key message they delivered was that they were ready to invest further in the region but were looking for investment opportunities that could offer them assurance in terms of fiscal and political stability.

When it comes to success in Africa, Pam Darwin, vice president Africa Exxon Mobil admits that there is no silver bullet, but one thing that is crucial going forwards is access to capital. “Our industry must continue to strive to meet energy demand for reducing environmental impact,” she said. “To do that we face competition for capital. All our efforts take capital and the competition is greater than ever.”

The key she explains is stable and attractive fiscal regimes; where these are present investments are occurring. “There's a clear message from the United States where investment in the shale industry or the shale revolution as they call it has increased dramatically since 2005,” she adds.

“Investment also needs to focus on making communities strong, this is really important for us as a company. We fund programmes and training, education, and women's empowerment along with health issues such as malaria. We've invested nearly $4 billion since 2000 in these kinds of programmes, over a billion just in education, and 120 million in women's economic empowerment.”

BP growing on a rich heritage

According to Jasper Peijs, exploration vice president Africa, BP, Africa has been very important to BP and perhaps BP is important to Africa as well. He explains that BP’s current activity and presence is right across the continent of Africa. “We have a strong multi decade positions in Angola, Egypt and Algeria, where we are currently producing 400,000 barrels a day.”

When it comes to a positive environment for investment, Peijs points to Angola as a case in point. “I'm happy to recognise the positive changes the Angolan Government has made,” he says. “They are now incentivising investment again and we as BP have taken notice.

We've extended the licencing for block 15 and 18 and created a joint venture to develop gas fields. But Angola is not alone, you see lots of positive changes across the continent and that is why our investment in Africa is growing. Since 2016, we have delivered seven major projects and eight scheduled to come online by the end of the year.

These are in Algeria, Angola, and Egypt, and the next tranche of major projects have already been sanctioned with the final investment decisions expected soon, one of which is Greater Tortue Ahmeyim in Mauritania and Senegal.”

So why is BP focusing so strongly in Africa? “First, is that Africa provides opportunity for growth,” Peijs adds. “Demand for energy in Africa is well ahead of the world average, populations are growing, economies are advancing, the production of energy is growing even more strongly. Looking ahead the forecast for energy production in Africa is likely to grow by around 60% by 2040, almost twice the global rate.

“The second reason companies invest in Africa is that it provides opportunities for competitive partnerships. Since the oil price crash in 2014, our industry has become much more efficient, much more disciplined, more selective on invested capital. We are all competing on a global scale but in Africa we have found several countries providing conditions for investments.

“And then thirdly, is that Africa provides opportunities for long term; as well as having a growing energy consumption and production, economic development is driving up levels of skills and capabilities across the continents. These are human resources coming together. So, the great untapped potential of Africa in every sense.”

Building on success in Angola

One man new to the challenges of the continent is Mike Sangster, MD Total E&P Nigeria, who has recently taken over the leadership of Total exploration and production in Nigeria. “There are four main technologies that we need to be strong in to succeed – deepwater, LNG, petrochemicals, and lubricants.

Here in Africa, we are very much present with three of those four technologies with deepwater and energy as well as retailer and lubricants on the downstream side. We are the leading integrated major in Africa, we are present in 43 countries across the continent, all the way across the value chain from the upstream, the midstream and downstream

“Almost 20% of our production last year came from it came from Africa, and 16% of our reserves are still in Africa. We are currently investing more than one third of our exploration budget in Africa. We operate 11 FPSOs across the continent. The downstream also is going to come in Africa. We have almost four and a half thousand service stations across all the different countries, and about 18% of market share.”

One of the recent projects that Total sanctioned was the Kaombo Project in Angola, which features two FPSOs each with a capacity of 115,000 barrels a day, one of which started producing in the middle of last year, and the second one began earlier this year. “We are producing close to capacity of 230,000 barrels a day, so it is a major achievement for the company in the country.

“In Angola there are a new wave of developments coming along as well, supported by attractive fiscal terms. In Angola recently we have seen some good initiatives from the government for the industry. And you can see that industry is responding by investing in low-cost, short-cycle projects such as subsea tie backs to existing facilities, and infill drilling.”

So, what does it take to unlock Africans countries’ economic potential? Colette Hirstius, vice president exploration Middle East & Africa, Shell explains that the industry faces unique challenges and opportunities. “These are often driven by geology, the maturity of the industries and in the case of customer facing businesses, the size and structure of the market,” she explains. “Some of these challenges include the lack of infrastructure, security issues, unstable fiscal and regulatory environments and limited access to energy.”

The answer to this is a long-term vision for each country, and long-term partnerships between the industry and government built on trust and commitment.

“These will be critical elements for success,” she adds. “Shell believes strongly in partnerships and that everyone has their role to play, the role of government is all about creating an enabling environment that encourages the industry to invest. This includes developing and communicating a clear energy strategy.

As well as creating strong, effective, and predictable, regulatory and fiscal regimes along with respecting the sanctity of governance and contracts and providing a secure operating environment. And lastly, embedding transparent and clean business practices. For industry to deliver its part by conducting activities in a sustainable manner, which means being safe and environmentally and socially responsible.

“Companies should build local capabilities and capacity, develop local value chains to maximise competitive opportunities for local economies and, of course, promote innovation and technology. Shell strongly believes that building local capacity and capability is key for helping Africa to achieve its full potential. And it's one of our clear focus areas.”