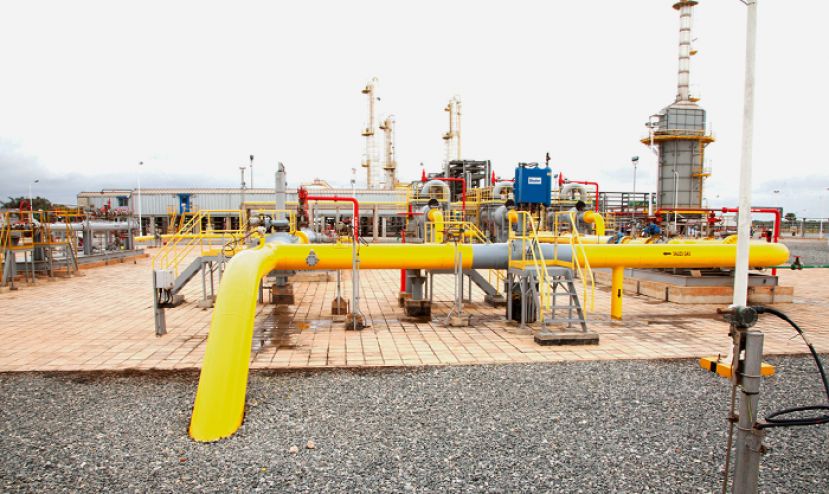 When you think of the top oil and gas nations in Africa, Ghana is not one that traditionally comes to mind, but it is one of the rising stars. In the past, Ghana has been one of the smaller oil and gas producers on the continent but that production is expected to grow rapidly over the next five years.

The organisation charged with developing the West African nations' hydrocarbon assets is the national oil company, Ghana National Petroleum Corporation (GNPC). The rise in Ghana's production is expected to come from the growth of existing offshore fields such as Twenboa-Enyenra-Ntomme (TEN) and Offshore Cape Three Points (OCTP).

Mohammed Amin Adam, Ghana's Deputy Minister of Energy in charge of petroleum, is confident that the country's energy sector is on the brink of something big. He says the country can expand oil production from 180,000–-200,000bl/d now to 500,000bl/d within six years, and is targeting up to 1mn bl/d beyond that. "If we want to sustain or increase production, we will have to be very aggressive in exploration," he said.

The average production for TEN field in 2017 was 56,000 b/d whilst production for the OCTP field is expected to peak this year at 45,000 b/d. In addition to the two established fields there are other developments that are moving ahead rapidly such as the Teak, Akasa and Mahogany East discoveries where test wells have indicated sizeable reserves.

Another major scheme is the Ghana 1000, a multi-phase greenfield gas-to-power project located near Takoradi in the western regions of Ghana. This will consist of approximately 1,300MW of combined cycle power generation technology once fully built and will support Ghana's burgeoning domestic natural gas industry by purchasing natural gas from the Sankofa gas field, part of the OCTP field. A subsea pipeline will link a Floating Storage and Regasification Unit (FSRU) to onshore facilities which will then supply the project. It's expected that the FSRU will start up sometime in 2020.


Ghana completed its first oil and gas licencing round earlier this year with two of the five blocks on offer being awarded. First Exploration and Petroleum Development, in partnership with Elandel Energy (Ghana) emerged as winners of block WB02 while Eni Ghana and Vitol Upstream Tano claimed block WB03. Block WB03 is located in the medium deep waters of the prolific Tano Basin, offshore Ghana. Following the success of this round, a second licensing round is being planned.

Throughout the oil and gas industry, collaboration is the name of the game and that is no different in Ghana. GNPC recently signed a memorandum of understanding (MoU) to share expertise with three of its neighbours, Sierra Leone, Gambia and Liberia. "We believe that we need to share experience from other countries as a way of improving what we do," chief executive of the GNPC, Dr Kofi Kodua Sarpong, said.

"Our organization has been there for nearly four decades and we have the expertise, we can export talent, so we are looking at all these opportunities. In fact, I can say that our brothers and sisters in other countries are knocking on our doors for advice and that is precisely what we want."

The development of these assets means that it is important that Ghana, in common with many other African nations, ensures that local workers and industry benefit from increased oil and gas activity.

"There is a recognised need to develop local capacity in all aspects of the oil and gas value chain through education, skills and expertise development, transfer of technology and know-how and promote an active research and development regime through collaborative efforts locally and internationally," Dr Kofi Koduah Sarpong, said.

In Ghana in recent years, attention has been focused on the need to have a portion of locally produced materials, personnel, financing, goods and services rendered to the oil and gas industry with measurable monetary impact.

"In tandem with this goal is the pursuit of local content participation, which refers to the level of Ghanaian equity ownership in the oil and gas industry," Sarpong added. "Ghanaian-owned businesses in the energy sector must be encouraged to increase their participation in this emerging and growing sector.

This, surely, will be a more sustainable way of realigning the sector to the needs of the country in terms of employment creation and economic growth whilst reducing the impact of capital flight on the economy."

Ghana's oil and gas industry continues to attract key global industry players on the back of sustained investor interest, due largely to the favourable investment climate and stable democracy. "The potential of the sector to be a driver for Ghana's desired economic growth is evident," Sarpong concluded.

"But I hold the view that true benefits of the oil and gas sector and ultimately economic growth can be obtained only when Ghanaians capture a respectable level of value from the sector.  For a country pushing for self-dependency; a Ghana beyond aid, this noble call is not misplaced, and the time to act is now."

Reflecting its growing importance, Ghana will be well represented at Africa Oil Week with a triumvirate of high-profile speakers in Benjamin Kwame Asante, director of petroleum at the Ministry of Energy, Egbert Isaac Faibille, petroleum commissioner at Ghana Petroleum Commission and the Hon John Peter Amewu, minister for energy.