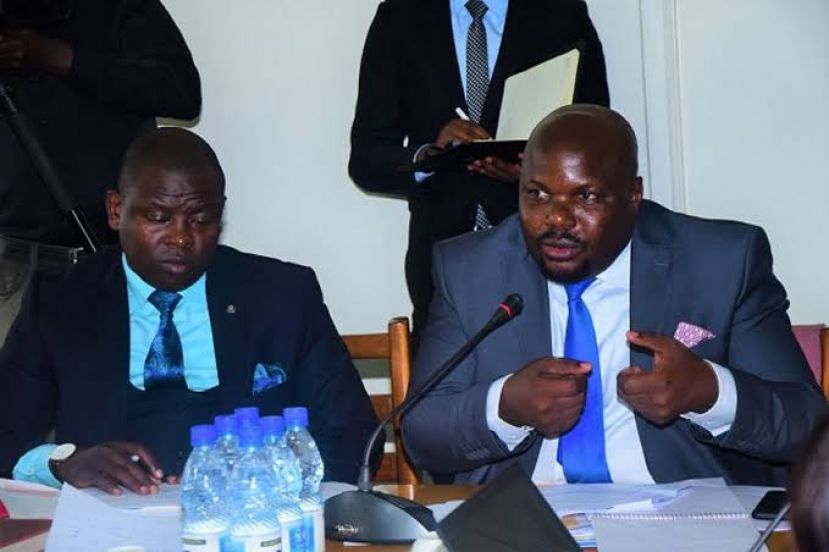 INTERNET PHOTO MPs Kasozi and Munyagwa are in charge of COSASE and are investigating the manner in which DAPCB properties were disposed off.

The COSASE subcommittee investigating the grabbing of departed Asians properties has turned its guns against businessman Sudhir Ruparelia after the tycoon showed no interest in wetting the committee head’s beak.

Makindye East MP Ibrahim Kasozi who presides over this committee has vowed to embarrass Sudhir who is not shaken by the threats from COSASE but offered to volunteer information on how he genuinely acquired the properties questioned by Kasozi led- team.

For example, through his lawyers Walusimbi advocates, Sudhir has responded to queries on how he acquired plot 24 on Kampala road, plot 8 on Colville street in Kampala and plot 74 LVV711 IN Jinja.

In one of the cases raised by Kasozi, Sudhir’s lawyers informed him the contest on plot 24 was settled by the court in a decision between Meera investments and Departed Asian Property Custodian Board.

Earlier, Sudhir had sought guidance from Speaker Rebecca Kadaga whether matters resolved by the court can again be discussed by parliament.

Sources at parliament reveal that however, Kasozi and his cohorts are planning a mega attack on the tycoon by embarrassing him with an arrest should he appear before the subcommittee.

While responding to the committee’s summons, Sudhir insists on knowing the agenda since he has never repossessed any departed Asians properties.

A source added that Kasozi and his team have secretly been lobbying the tycoon to wet their beak if they are to let him off the hook, to their consternation he said he will not cough a coin.

To their disappointment, the tycoon has stood his ground saying he has no case to answer before Parliament.

A few months ago, Sudhir was quoted in the media saying he bought whatever property being mentioned against his name- a case in point being Plot 24 Kampala road which sources say is being eyed by some sections within the government.

Information from sources reveals that now the MPs, frustrated by the tycoon, have now invited him to Parliament so that they can humiliate him through an arrest.

This is all aimed at intimidating the unrelenting tycoon. A source said Kasozi and his clique have held several meetings at Fung Fung restaurant opposite Nakasero Primary School designing a robust plan to embarrass the money magnet.

More in this category: « Lawyers Refuse To Meet COSASE Over Departed Asians’ Property Ruparelia To COSASE: I Didn’t Buy Any Of My Properties From DAPCB »