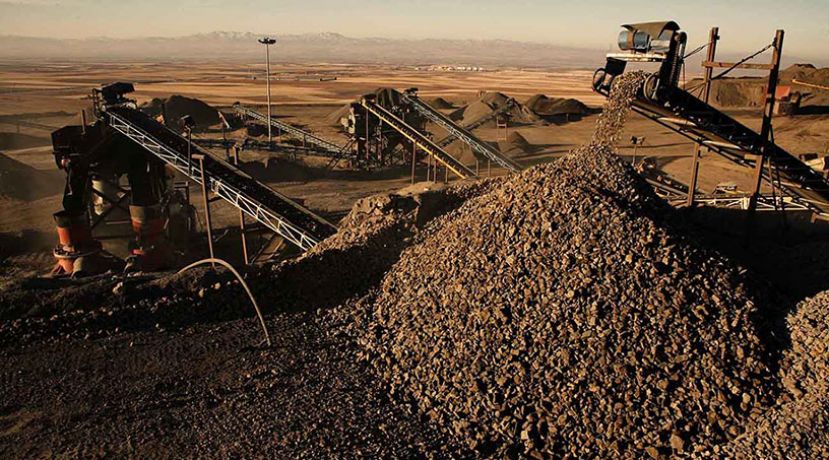 Museveni who is seeking re-election as president of Uganda said the region is rich in mineral resources that can be exploited to transform and enrich the country. “Rubanda is rich in iron ore resources. The NRM Government wants to build a big iron ore smelting plant.

The gas from Lake Albert will be delivered to Butogota and the neighbouring areas to facilitate the processing of iron ore,” he said, adding that the target was to produce and process one million tons of iron per day.

The president revealed that the resources available were sufficient to cover a period of 45 to 50 years. The country, according to Museveni, would benefit a lot because the processed iron today fetches US $ 550 per ton.

However, his competitor and former close ally, former Prime Minister Amama Mbabazi during a presidential campaign rally in Kabale district faulted his former boss for failing to make deliberate efforts to process the iron ore.

Aerial geological surveys conducted by the Geological Surveys and Mines Directorate GSMD in Kigezi sub-region show that there are 200 million metric tons of iron ore deposits are in the region. This means Uganda can potentially get US$ 110 trillion.

"Currently, we have over 200 million tonnes reserves of hematite iron ore in southwestern Uganda and 60 million tonnes of magnetite iron ore in the south eastern part of the country and still have huge potential for exploration,"  Francis Natukunda, a senior geologist at Uganda's Department of Geological Survey and Mines, is quoted by New Vision saying.

According to Natukunda, if the iron ore is extracted, it would not be exported, but rather used domestically to fuel demand for steel in the construction industry. Uganda banned iron ore exports in 2012.

“Uganda’s geographical position gives it access to over 500 million people, including COMESA and SADC and the recent population surge in the countries forming these regional blocks will trigger demand for construction materials from our industries,” state minister for investment, Gabriel Ajedra Aridru told a sector conference in Kampala last year.

Iron Ore is a key raw material in making steel. Local steel makers like Roofings have shown interest in making significant investment into exploration, mining and processing of iron ore to add values and eventual exportation.

Museveni said his Government would extend electricity from the Muko junction off the Kabale – Kisoro road to benefit a number of places in the area including Muko, Nfasha, Rubanda Mission, Ikumba Health Centre,nBugyera, Ruhuriza and Kiyabe.