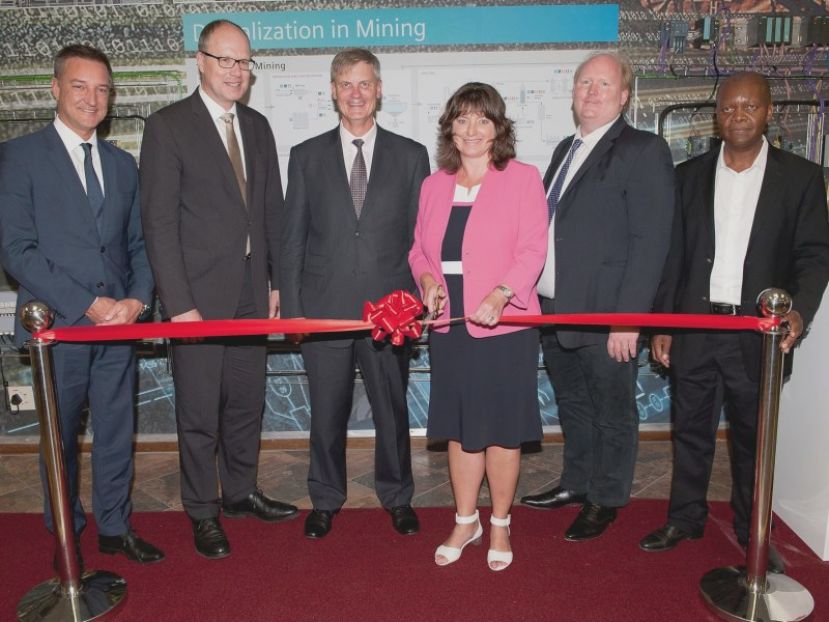 Currently, one of the most debated topics influencing innovation is digitalization and its impact on the future of employment. It is met with equal parts excitement and trepidation. No matter how you look at it, digital transformation and a truly connected global economy is already upon us.

Siemens (www.Siemens.com) has provided automation equipment and industrial networks to assist Anglo's Engineering Skills Training Centre (ESTC). One of the pillars of Digitalization is industrial networks and security and it is crucial that these engineers understand the role of this technology in the future of mining.

As a leader in automation we are continuously expanding our leadership role in Industrial Digitalization. There is an opportunity, especially in Africa to embrace new and exponential technologies combined with human talent to accelerate industrialization and drive economic growth.

"We are proud to be supporting Anglo American Platinum to advance skills and opportunities in Africa," explains Sabine Dall'Omo, CEO for Siemens Southern and Eastern Africa.

Gary Humphries, Anglo American Platinum's Executive Head for Processing was appreciative of Siemens completion of yet another skills project at the ESTC. In his address, Gary said Siemens and Anglo American Platinum have been in partnership since 2010 and have seen approximately 298 artisans successfully trained and qualified at this centre.

“This vital contribution by Siemens to ESTC will significantly contribute towards the development of the human resource capabilities of our artisans and will help broaden the thinking of the students to explore new career capabilities. We celebrate the handover of the Siemens Simatic Wall and look forward to the role it will play in training the current and next generation of skilled artisans."

We are ramping up our commitment to the region to meet our customer's needs, expanding our portfolio for digital enterprises, supporting our customers in the manufacturing and process industries with digitalization, customization and efficiency improvements and investing in equipping our future generation with the right skills," ends Sabine.