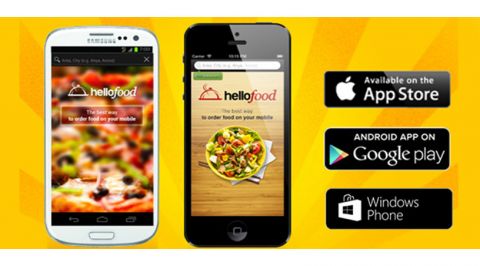 Hellofood Uganda has been nominated in the 2016 Social Media Awards for Innovation and Best Mobile App. The awards will be held on the 30th March 2016 at Kampala Serena hotel. The Uganda Social Media Awards honor the best people and organizations on social media, culminating in a blockbuster annual ceremony in Uganda.

The awards recognize the most innovative companies on social media, most successful campaigns, best practices, and rewards those who positively impact society most through social media.

The Awards Jury members include captains of the industry, and these include Ng’endo Machu a digital strategist and copywriter, Richard Zulu, who is founder and lead at Outbox, Barbara Birungi a web designer, social entrepreneur and the founder of Women in technology Uganda(WITU), and last but not least Mr. Badru Ntege, a pioneer and seasoned internet and technology expert.

Mr. Ron Kawamara, Managing Director Hellofood Uganda said they are delighted to be selected among the best from the all the companies involved in social media in the country.

“Hellofood being Uganda’s leading online food delivery marketplace has revolutionized food delivery in the country. This has also made us a strong resource and authority on food and the culinary industry in Uganda, which information we circulate through social media and theaward winning app."

I ask the public to try the hellofood app and see for themselves – it is free on IOS, windows and Google Play. I’m confident they will find it very user-friendly and the most convenient way to order food to their doorstep, added Ron. 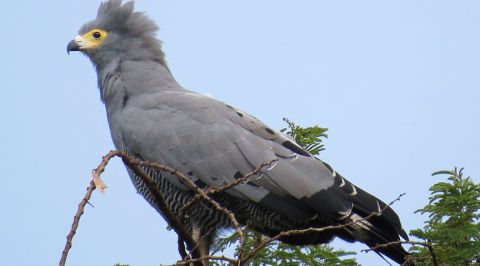 There are over 10, 000 bird species in the world according to BirdLife International and of those 1,000 species can be found in Uganda not counting the other species that have not been yet discovered. Birds are wondrous creatures that can be found anywhere in the world, but each location has species that are meant for the environment they are.

Uganda being in the tropics has a variety of bird species that can be viewed from anywhere, it does not matter if you are in Kampala where buildings are competing with the skyline, you will still hear birds chirping away in the distance singing songs so beautiful you need to pause to listen.

Apart from seeing the birds all over Kampala, there are so many other places that have rare birds all over Uganda that you can go see, here are our major bird reserve recommendations. Even better, Jovago has hotels in all the major bird watching areas in Uganda so all your hospitality needs within the parks and outside the reserves are well taken care of.

Right off the Entebbe- Kampala highway in the heart of Entebbe you will find a beautifully landscaped area covered with trees till the lake and as you walk through the trees you will find a number of  vervet monkeys in the trees or just walking on the grounds. Carry binoculars to identify a number of the birds that are relative to the Ugandan environment but mostly you will find; Great Blue and Ross’s turacos.

The thick forest cover along Kampala- Jinja highway is home to over 315 including unrecorded rare bird species throughout and offers a variable bird list to any bird enthusiast. Mabira forest is also the best place to start your bird tour in Uganda and while there you will be able to see species such as; Yellow White-eye, White-shouldered Titi and African Dusky Flycatcher.

This expansive mixture of tropical tree species is a true bird paradise is one of Uganda’s biggest forest reserves with over 360 bird species with 22 species that can only be found in that very area such as; Puvel’s Illadopsis, Nahan’s Francolin, and the Chocolate–Backed Kingfisher, White-headed Saw-wing, White Wagtail and Black-eared Ground-Thrush.

Mount Elgon is located in the eastern part of Uganda has thick forests with a up to 300 species. The park harbours 43 of the 144 species of the Guinea–Congo Forests biome and 56 of the 88 species of Afrotropical highland biome that occur in Uganda with some isolated records of the near-threatened species, the Taita Falcon. Mount Elgon represents a range limit of some species or races that occur in the highlands of Kenya and northern Tanzania, such as Hunter’s Cisticola and Jackson's Francolin.

Jovago.com is an online hotel booking service with offices in Kampala (Uganda) Lagos (Nigeria), Nairobi (Kenya) and Dakar (Senegal) founded by Africa Internet Group and has MTN and Millicom as its investors. Jovago.com, Africa’s No.1 booking portal, facilitates the booking process for its users to provide them with the best hotel booking experience with fast, transparent and easy-to-use services. Jovago.com has over 25,000 local hotel listings across Africa and over 200,000 hotels around the world. 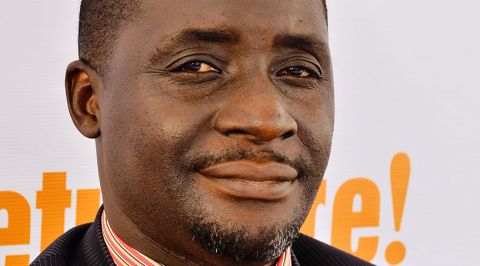 Buganda Land Board recently launched a campaign aimed at registering all Title-holders on Kabaka’s land in a bid to regularize their tenancy.  Buganda Land Board Head of Legal Ndawula Barnabas in this interview explains the motives of the campaign.

Please tell us what the campaign is all about the wetuukire campaign you launched recently.

Wetuukire’ is a campaign that is calling upon all persons currently in possession of land titles on Kabaka’s land, which were formerly issued by Uganda Land Commission and District Land Boards to regularize their tenancy with Buganda Land Board. The campaign is scheduled to start on March 1st and will end on April 30th 2016.

What do you exactly mean by Kabaka’s land and what areas does it cover?

Kabaka’s land refers to all that land vested in the Kabaka of Buganda by virtue of his office and held in custody for the people of Buganda. Kabaka’s land includes:

Wasn’t the issuance of such titles by Uganda Land Commission and District Land Boards legally binding?

In light of the prevailing circumstances at the time, one may say that technically it was legal because it was state sanctioned. The Central Government under the Obote-I Republican constitution of 1967 confiscated Buganda Kingdom assets, of which land was the largest.

The 1967 constitution also created the Uganda Land Commission which was given the mandate to manage all public land, of which the confiscated Buganda Kingdom land was among.

This was further escalated by the 1975 Land Decree which declared all land to be public land and vested the same in the State to be held in trust for the people of Uganda and to be administered by the Uganda Land Commission. Further still, in 1998 District Land Boards were created and given further mandate to manage land within their respective districts.

If the titles were legal then, what is the rationale behindBuganda Land Board’s regularization of tenancy on the same land now?

Buganda Land Board is regularizing tenancy on the land becausethe land was officially handed back to Kabaka’s Government. In 1993, the Government of Uganda through the Traditional Rulers Restitution of Assets and Properties Act Cap 247 entered various legally binding agreements with Buganda Kingdom culminating into a memorandum of understanding between themselves in 2013 under which various land titles and properties were officially returned to the Kabaka.

Are there any repercussions that can affect tenants who haven’t had their titles validated by BLB?

Does this mean that Buganda Land Board wants to evict tenants off Kabaka’s land through the Wetuukire campaign?

We are simply acting within our mandate and calling upon all tenants on Kabaka’s land that received land titles issued by Uganda Land Commission and District Land Boards to come  and regularize their land titles with Buganda Kingdom, this is both free hold and Lease titles.

In brief, are you saying that one cannot buy /sell or mortgage this land in a legally binding manner unless and until the same has been validated by BLB?

The simple answer to that is YES! It is therefore entirely to the benefit of the title holder to heed to our call to have their land title regularized at this point to avoid inconveniences in the future. All those that don’t comply will handled within the existing law. 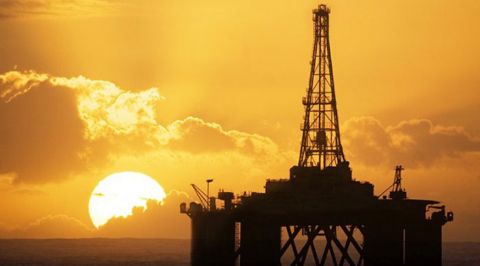 The emerging oil and gas industry in East African continues to attract global interest with industry player eager to do business in the region.

Kenya is a hub for key players in the oil and gas community, attracting leading oil, gas and petroleum companies from around the world.

This two regional trade event serves the resource-rich east African region and city of Nairobi; Kenya's major centre of oil and gas activity for many of the leading operators in the country.

Kenya has attracted oil & gas companies not only because of its ports and strategic location but also because the government is keen not to be left out of the exploration.

Oil discoveries in Uganda and Kenya and gas deposits found off Tanzania and Mozambique have turned east Africa into a hot spot for hydrocarbon exploration.

Trade visitors from all over East & Central African countries are being invited directly and in collaboration with several regional trade bodies in Kenya, Tanzania, Ethiopia, Uganda, Somalia, Mozambique & Congo.

Though Kenya by itself is one of the biggest markets in Africa, major emphasis is being laid upon attracting traders and importers from neighbouring countries.

Oil & Gas Africa will offer participants the opportunity to showcase the industry's latest achievements and technologies while networking with key figures from the region's oil and gas sector. The exhibition brings the industry together in a forum that is conducive to business.