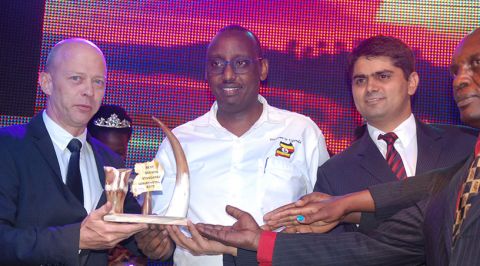 The award came at the inaugural Ekkula Pearl of Africa Tourism Awards which took place at Hotel Africana on Friday. The awards recognized individuals and personalities in the tourism sector.

Speaking upon receiving the award, Greg Petzer, the General Manager of Speke Resort Munyonyo, said it was a great honor to be recognized as hotel with the best services and standards in the whole country.

He said they will continue reviewing standards to meet the market needs and make Uganda the best tourism destination. “We are extremely proud for the recognition,” he acknowledged.

“As a team, we work very hard to meet the expectations of our quests. By winning this award it means we are doing something right but we are not going to seat on our laurels; instead we are going to work extra hard and continue being the best.” Petzer said in an interview.

The Resort has 59 Presidential suites with a unique blend of traditional Ugandan décor, furnishings, cottages, apartments and studio rooms. The hotel has a total of 335 rooms.

Speke Resort Munyonyo was built in 2001 and accommodated the visiting Presidents and Prime Ministers at the 2007 Commonwealth Conference (CHOGM).

The judges’ choice was based on a number of factors but most notably the nominee’s contribution to promoting Uganda as a top tourist destination, promote domestic tourism and professionalism.

Tourism event of the year 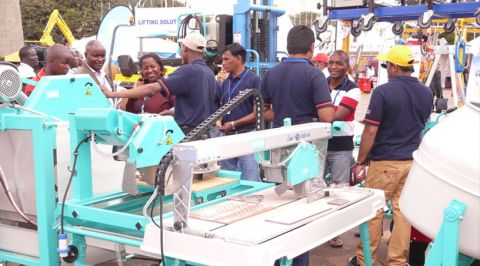 The global mining fraternity will later this year descend on East Africa to see what the region has to offer in terms of natural resources and what can be done in terms of exploration, production and mineral trade.

The Minexpo Africa is holding two high level mining expos, one in Kenya and another in Tanzania to expose the region to the world as a budding investment destination.

The expos, taking two days each, will showcase some of the latest technology in the mining & processing of minerals, earthmoving, safety equipment and much more that can be used in industry within the region.

Tanzania's mining industry is expected to reach $1.28 billion in 2015 according to a study by Business Monitor International (BMI). This means the country needs ample preparations, technology, know-how to handle the boom.

The country is the 4th largest gold producer in Africa after South Africa, Ghana and Mali. Gold production currently stands at roughly 40 tonnes a year, copper at 2980 tonnes, silver at 10 tonnes and diamond at 112670 carats.

In total the mining sector contributes 2.8% to GDP each year but this could rise considerably in future years, with Business Monitor International (BMI) forecasting average annual growth in the sector of 7.7% between 2011 and 2016. BMI also predict a doubling in value of the sector between 2010 and 2016, from US$0.64bn to US$1.28bn.

The Minexpo Africa is the only show with the widest range of the latest technology in the mining & processing of minerals Industry. The events will satisfy the expectations of clients to the mining companies. Latest technology and machinery from the areas of mineral extraction, earthmoving, safety equipment and much more, are presented.

The exhibition provides a common platform for both local and international exhibitors, professionals, buyers and delegates who share a common outlook in the industry. Mining is one of the core sectors that drives growth in the East African continent in terms of infrastructure and economy.

Not only does it contribute to GDP, but acts as a catalyst for the growth in other industries such as constructions, power & energy and industrialization.

The future of the mining sector in Africa lies in laying emphasis on scientific mining so that state of the art technology & machinery is used for exploration, efficiency and safe mining practices.