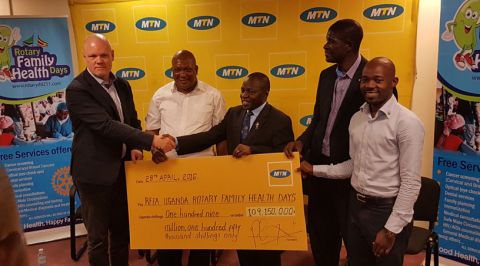 RFHDs are meant to avail free treatment to communities. The project started on the 29th April and will end on 7th May 2016. This year’s theme is “Good Health, Happy Families”. “Through the MTN Foundation, MTN Uganda is constantly committed to improving the lives of its customers and communities. The Rotary Family Health Days are a great opportunity for MTN Uganda to give back to our communities.

We believe our contribution to this noble cause will go a long way in changing the lives of many communities where Rotary Uganda will be setting up the different camps,” Gouldie said. MTN also encourage everyone to observe the days to get free medication from the Rotary camps that will be equipped with free, quality and professional medical care.

The medical camps will offer both specialized and general services in areas of cancer screening (cervical and breast); child immunization and nutrition; family planning and maternal health; HIV/AIDS counselling and testing; dental services; optical and many other common community health concerns.

The Rotary Family Health Days are not only meant to provide free medication to communities but also help solve the common health issues suffered by communities like Malaria, HIV/AIDS, family planning to mention but a few.

According to Steven Mwanje, board Chair of Rotary Family Health Days project, the program is employed in six countries which include Uganda, South Africa, Lesotho Swaziland, Nigeria, Ghana and Tanzania. “This program has reached over 470,000 people in Uganda and 1 million worldwide and is implemented in areas with inadequate medical facilities like limited drugs and majorly the hindrance to proper medical care,” he said.

“I am very grateful to Rotary Uganda, MTN and Centenary bank for this noble cause and I will not take it for granted. We believe that this will change a lot of lives especially for communities that still have inadequate medical care and medication that is perceived as expensive or inaccessible. We encourage all communities to utilize these days to improve our health status.” Said Doctor Anthony Mbonye from the Ministry of Health.

Over 82 camps will be set up all over the country and these will be deployed with 23 medical personnel from 10 health centres. There will be a team of 5 experts from USA, Canada, India and Uganda that will be deployed at Laaro Health Centre IV to specifically attend to maternal and child health issues.

Watch out for the upcoming health camps 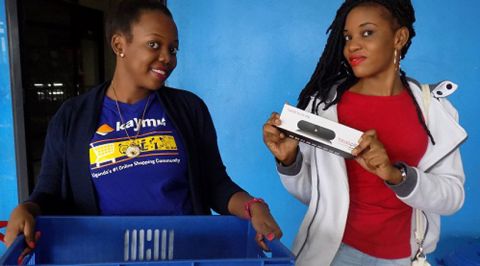 The e-commerce giant Kaymu is celebrating two years of business in Uganda. In return, they have rewarding customers who purchase from their online marketplace during the month of April. Some lucky Kaymu shoppers have already been rewarded as part of the promotion.

Customers remain loyal where it benefits them, whether in terms of convenience, attractive prices or a generally satisfying experience – so when they receive an unexpected reward from a company, it’s a pleasant surprise. Rewards remind the customer that you’re aware of them, that you appreciate their purchases, and that you’re willing to go above and beyond to keep them happy - And Kaymu seems to know this very well.

Kaymu, which is Uganda’s largest online marketplace, launched the ‘Lucky Dip’ giveaway promotion to celebrate two years of business - and to thank customers for their support. Kaymu Uganda’s Marketing Manager, Stacey Mwesezi said it’s all about giving back to customers.

"We recently celebrated Kaymu’s 2nd birthday, so we’re thanking our customers for embracing our platform and bringing us this far. We’re not able to give a gift to every single customer we have, but we’ll give every customer who places an order during this promotion, an equal chance of winning – that’s why it’s called a lucky dip." 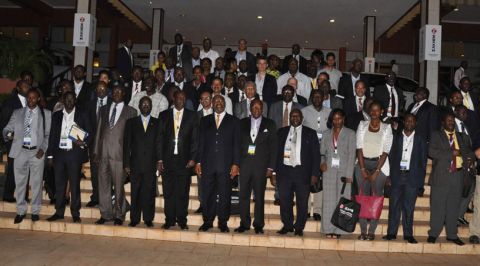 The Uganda Chamber of Mines and Petroleum (UCMP) is set to host the second annual oil and gas convention from April 27-28, 2016 at the Kampala Serena Hotel, as the country seeks to spark renewed interest in the sector.

Running under the theme, “Suppliers’ Roadmap to Operational Excellence”, the conference is largely intended to reassure suppliers and subcontractors about the opportunities in the oil and gas sector amidst the tough industry challenges.

Irene Nakalyango, CEO, Uganda Chamber of Mines and Petroleum, says the conference is aimed at bolstering the industry and highlighting the salient opportunities available. “We call upon everyone involved in the supply of goods and services in the oil and gas sector to make it a point to attend this summit,” noted Nakalyango.

Uganda’s oil industry has been in a lull for almost three years mainly due to protracted negotiations between the Government of Uganda and the international oil companies (IOCs) revolving around the two critical projects of the refinery and the pipeline required for the future development of the natural resource.

This delay happening amidst falling global oil prices slowly dampened the expectations of subcontractors and suppliers many of whom have had to lay off workers.

But there still exists vast opportunities in logistics, foods and beverages, security, finance, human resource, waste management, crane services and in joint ventures with more experienced foreign firms. To date, government has put emphasis on helping Ugandans get the requisite skills so they are competitive in the industry. Major infrastructure is also being built to boost the industry.

According to the IOCs’ baseline survey of June 2014 titled, “A survey to foster opportunities for Ugandans in the Oil and Gas sector”, Uganda’s petroleum sector will generate 100,000 to 150,000, direct and indirect jobs.

However, the survey identified some barriers that would obstruct people from joining the sector including limited information, lack of skills, poor infrastructures, and administrative bureaucracy among others. It also revealed that only 25 industries of the 420 surveyed in Uganda had high potential to supply the oil and gas sector.

Nakalyango said the convention will thus emphasize local service providers' critical needs, improvement and enhancement, mainly because they are the catalyst for national economic empowerment in the years to come.

To directly address these industry opportunities and challenges and how best the suppliers can prepare themselves to serve the interests of the IOCs and benefit from the national policies, the upcoming summit will also feature breakout workshops on the sidelines. 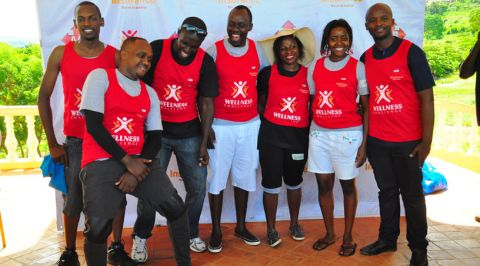 AAR Uganda Saturday morning unveiled the AAR Staff Wellness Challenge to boost fitness and encourage a healthy and fit lifestyle. The challenge is a fitness campaign by the staff of AAR Uganda, which was launched officially at Lake Victoria Resort, Kigo. This year-long campaign will see the employees of AAR Uganda embark on a fitness contest for a grand prize of one million Uganda Shillings.

According to Trevor Ariho, the General Manager - AAR Uganda, the AAR Staff Wellness Challenge ties in aptly with the company’s theme for this year which is “Wellness.” He also said that this particular challenge is meant to motivate employees to maintain a healthy lifestyle and set good examples as members within the medical insurance field.

AAR, which is Uganda’s leading health insurance provider and has over the years led in the provision of innovative lifestyle and health packages for the Ugandan public, decided on the innovative wellness challenge in response to the growing number of unhealthy lifestyles that lead to lifestyle related disease likes hypertension, obesity, diabetes, heart disease and depression.

Last year alone, some of Uganda’s leading corporate entities continued to lose some of their pivotal workers to diseases that would be easily be deterred with work-outs, fitness and body training challenges. Trevor asserted, “As AAR, we lead the way. We believe charity begins at home. It is from endeavors like this Wellness Challenge that we can easily drive the message home to our customers. I am delighted our staff are enthusiastic about this and I am sure our customers will pick up our example.”

The AAR Staff will be assigned trainers who will take them through regular fitness exercises. They will have their body mass index (BMI) monitored on a special fitness chart every three months and the AAR employee with the most significant change in their body mass index every six months will be awarded with a grand prize of one million Ugandan shillings.