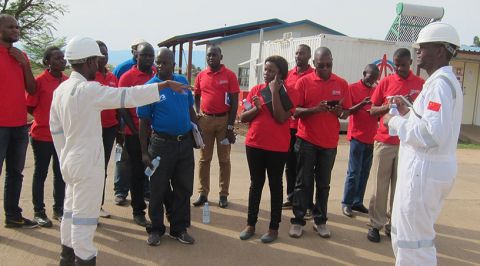 In a bid to contribute to local content in Uganda’s oil and gas sector and to enable Ugandans understand the working of the oil and gas industry, Victoria University has positioned itself as the leading provider of oil and gas education and training in Uganda.

The University has added another course to its range of oil and gas related courses. The Jinja road based learning institute launched the Certificate of Achievement in Oil and Gas Management. Classes are scheduled to start on 6th February 2016. Classes are conducted every Saturday and Sunday beginning at 9.00am.

International certifications in the Petroleum Industry such as Health and Safety and Environmental Auditing (ISO 14001 EMS), Project Finance, Law and Energy Management can be arranged on request.

The program targets individuals from Oil and Gas companies, Business managers and Executives,Parliamentarians/Civil society, Vocational workers and Marketers etc. The program is designed to provide students with a well-rounded, global understanding of the ever changing Oil and Gas industry.

Dr Drake Kyalimpa, the Head, Oil and Gas Department urged all potential students that the course shall include a field trip to the Albertine Graben(Hoima and Buliisa Oil fields)to ensure that our students and professionals acquire hands on experience.

Other degree programs include: Bachelor of Oil and Gas Accounting among many programmes to be offered in the January –February intake currently ongoing. 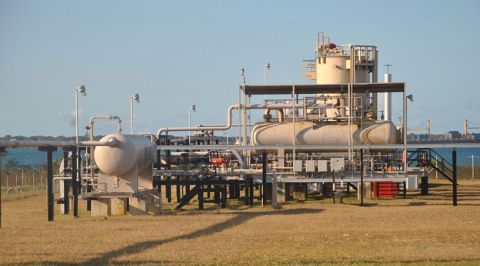 Tanzania will build its first LNG facility in the coastal town Lindi after TPDC acquired the title deed for a 2,071Ha parcel of land in Lindi. Kelvin Komba, TPDC Director of Exploration and Development, said the government is ready to begin work on the construction of the plant.

The Tanzanian government is on record that it plans to spend $6 million (approx. Tshs 12 Billion) for assessment and compensation of 450 households living in Lindi in fiscal year 2015/16.

"After securing the title deed, the law requires the owner to pay compensation to the relevant parties based on a valuation done by the chief government valuer," TPDC said in a published statement.

Lindi is favored as it is close to an offshore deep-sea region where various companies including BG Group, Statoil, ExxonMobil and Ophir Energy have discovered over 50Tcf of natural gas. But their final investment decision has in part been held up by delays in finalising issues related to the site.

According to TPDC the land location was reached in agreement with international oil companies with interest on the project all of whom have discovered gas reserves off the Indian Ocean coast.

“Once the project is complete it will enable the production of natural gas for internal use as well as for export generating much needed foreign exchange,” TPDC said in a statement. The government has also set aside another 17,000Ha in surrounding areas for development of industrial parks that will purchase the gas from the facility.

“TPDC notifies all citizens to refrain from buying the land in question No.1 Kitalu A Likong’o, Lindi Municipality and surrounding areas that have been set aside for projects that have national importance. The corporation wishes to state that no compensation will be awarded to any new land owners who will purchase land to make a profit,” TPDC said in a statement.

The central bank believes 2 percentage points would be added to annual economic growth of 7 percent simply by starting work on the huge plant that would draw in billions of dollars of investment. 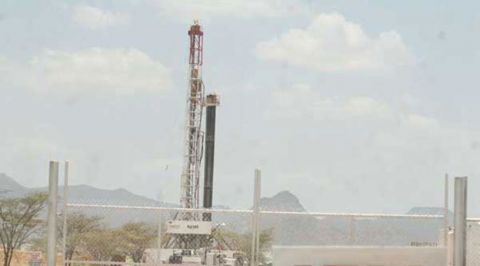 The Company issued 42,014,975 units at a price of $0.05 per Unit, each Unit consisting of one share and one-half of one warrant, with each whole warrant entitling the holder to purchase one Warrant Share at an exercise price of $0.075 per Warrant Share for a period of two years.

The Company plans to use the proceeds of the Private Placement to fund exploration commitments associated with the Company’s Production Sharing Contracts in Kenya, and general working capital purposes.

All securities issued pursuant to the Private Placement are subject to a four month hold period expiring on May 22, 2016. Simba Energy Inc. provides investors with well positioned exposure to oil and gas exploration in key areas of Africa with active onshore production sharing contracts in Kenya and Guinea.

The Company is under continuing negotiation in Chad, Liberia and Ghana to acquire more production sharing contracts. Simba’s mission is to focus on onshore oil and gas potential in areas that are under-developed or not previously exploited.