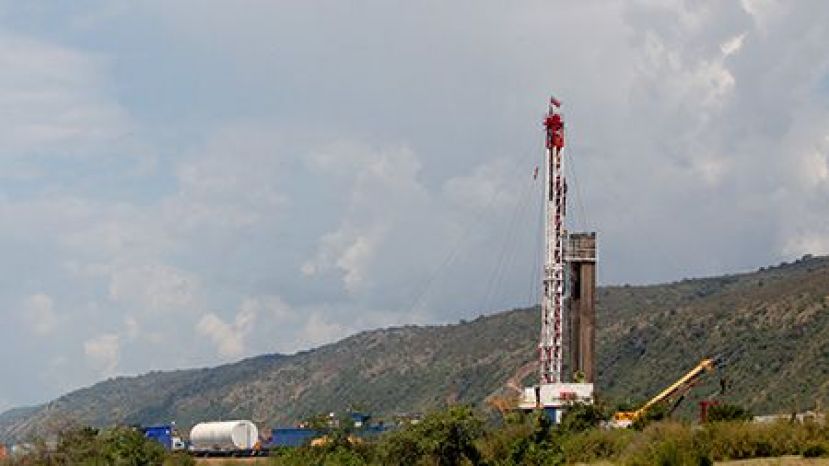 INTERNET PHOTO Oil projects in western Uganda continue to eat up land that locals depend on for their livelihoods.

In the wake of the Covid 19 pandemic and the need for governments around the world to ensure a just recovery and transition to low- carbon energy systems for economic and social recovery. Clearly, our government continues to fail us in-terms of current fossil fuels development plans. Government of Uganda is still making progress towards the development of its 6.5 billion barrels of oil, with plans to build a $3.5 billion East African Crude Oil Pipeline EACOP.

However, as the government seeks to turn oil reserves into tomorrow’s fuels, oil development will certainly further lock us onto the path to irreversible climate change and failure to meet our Paris climate goals. Moreover, most oil projects continue to rob locals of their land and livelihoods with disregard and violation of their land, property rights. These are degrading the environment and climate in equal measure, fueling a triple crisis.

In Hoima district, 29 square kilometres piece of land was acquired by the government to pave way for the Airport and oil refinery. The crude oil pipeline covers 296Km and traverses 10 districts, 22 sub-counties and an estimated 172 villages. These projects continue to eat up land that locals depend on for their livelihoods. Uganda is an agriculture-dependent country. The sector remains the main source of livelihood and employment for over 60 percent of the population.

A recent report by Environmental Governance Institute EGI working with three environmental organizations from Ghana, Nigeria and Togo in cooperation with Friends of the Earth Netherlands and Both ENDS reveals that since the signing of the Paris Climate Agreement, rich countries have provided almost 50 times as much support for fossil fuel-related projects less for clean energy projects in the four African countries. It further states that rich countries through export credit agencies ECAs insured energy projects with a total value of 11 billion US dollars and more than half of this export support is related to fossil fuels. Only 1% went to sustainable renewable energy. Export credit agencies provide insurances and guarantees to companies doing business abroad.

The report titled “A Just Energy Transition for Africa? Mapping the impacts of ECAs active in the energy sector in Ghana, Nigeria, Togo and Uganda”, calls upon these rich countries to stop support for fossil fuel developments including the EACOP and large hydro-power dams in Uganda that undermine the Paris agreement, aggravate climate change, destroy the environment, heighten human rights violations and leave local communities disenfranchised.

The report spotlights the story of 56-year-old widow Beneconsicla in Western Uganda who has to leave her land on which her banana plantation sits that she depends on to feed and provide for her family of 5 children. She has to pave way for the EACOP which is supported by the United Kingdom based Export Credit Agency UKEF.

Uganda is a signatory to the Paris agreement and according to its Nationally Determined Contributions, the country has committed to a 22% emission cut on a business as the usual basis by 2030 in a bid to mitigate and adapt to climate change and transit to a low-carbon climate-resilient economy. However, developing oil and gas resources will increase greenhouse gas emissions. One of the most significant gases emitted when fossil fuels are burned, is carbon dioxide, a greenhouse gas that traps heat in the earth's atmosphere and is responsible for global warming.

Without urgent action to reduce greenhouse gas emissions and pollution, climate change will worsen. we will see more frequent and intense rains, flooding and deeper droughts that will have a major impact on vulnerable communities. It’s also important to note that scientists have long warned that climate change will cause an increase in infectious diseases, such as COVID-19. Warmer temperatures and increased contact between humans and animals due to loss of habitat will increase the transmission of diseases.

More in this category: « Why Are Developed Countries Funding Fossil Fuel Projects In Africa? Don't Underestimate The Power Of Natural Gas To Transform Africa »