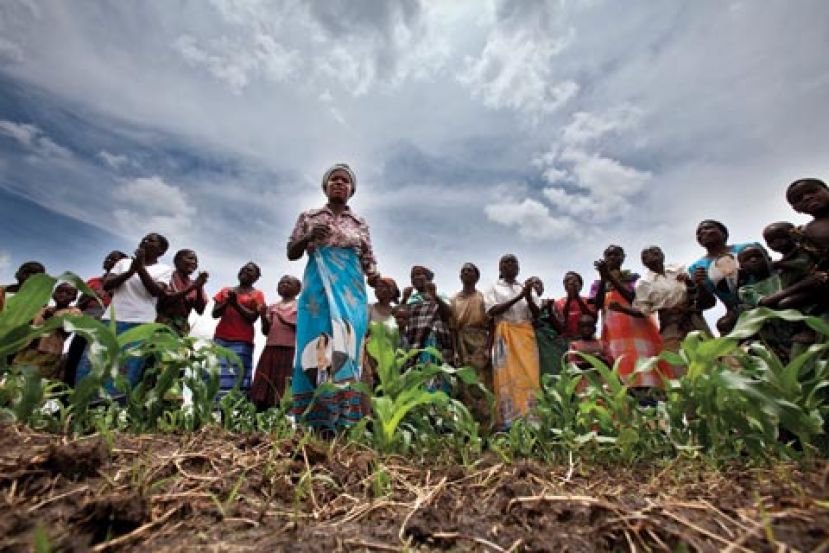 INTERNET PHOTO While women’s land and property rights are vital to development, the reality remains that in many parts of Uganda these rights are often not shared equally between men and women

Many scholars have argued that there is a direct relationship between women and girl children land right, economic empowerment, food security and poverty reduction. While women’s land and property rights are vital to development, the reality remains that in many parts of Uganda these rights are often not shared equally between men and women, and are routinely violated, denied and given insufficient protection and enforcement.

This has been seen in government compulsory land acquisition and other forms of land transactions. Not only do women have lower access to land than men. They are often also restricted to secondary land rights, meaning that they hold these rights through their male family members. Women have been left out in decision making, formulation of land policies and many other associated land rights. This situation however has been worsened with the discovery of oil and gas in the Albertine region.

Women and girls in the oil affected communities are suffering additional injustices and they lack the means to fight the injustices and defend their rights. These sufferings among others include family breakdowns, denial of access and control of compensation funds, school dropouts, deterioration of health services, clean water, food insecurity and degradation of social fabric.

This problem is partly due to our societal setup which is patriarchal and land ownership is dominated by men, who dominate the majority of decisions related to land use and management which put the security of women’s land tenure in a problem.

In addition, article 33 provides for special help/protection for mothers and women because of previous historical discrimination against women and prohibits any customary laws, traditions, or customs that discriminate against women.

In the Land Act, there are two sections that directly address gender, land and property rights. Section 38A of the Land (Amendment) Act 2004 provides for a spouse’s security of occupancy on family land, and section 39 requires spousal consent prior to entering into any land transaction concerning land on which the spouse resides on and uses for sustenance.

However, despite of the above safeguards, women are continuing to suffer great injustices during land acquisition, land sales and deals. Most of these laws are well stipulated on the paper and thus lack clear regulations and implementation framework which continue to put women and girl children in a vulnerable situation especially with the development of oil and gas projects in the Albertine region which has led to increasing demand for land coupled with unfair traditional history of land ownership that undermines their role on land use and management.

For example, the women affected by the oil refinery in 2012 contrary to the consideration made in the resettlement action plan (refinery RAP, 2012) and the constitutional safeguards for women land rights, were not fully engaged during the land acquisition processes and as a result, many women and girl children were abandoned by men after receiving the compensation money resulting into family break up, divorce, separation and school dropout among the oil refinery project affected children.

This is one example that that women and girl children suffer additional effects during land acquisition and transaction and with the increasing land acquisition for oil and gas projects, and land sales in the Albertine region, there is need for local communities, leaders, CSOs, government ministries and agencies to come together to work out a lasting solution for women and girl children land rights to avoid the experiences of the oil refinery project affected people. Women and girl children should always also ensure that they are fully engaged and participate in all land transaction in their families and communities.