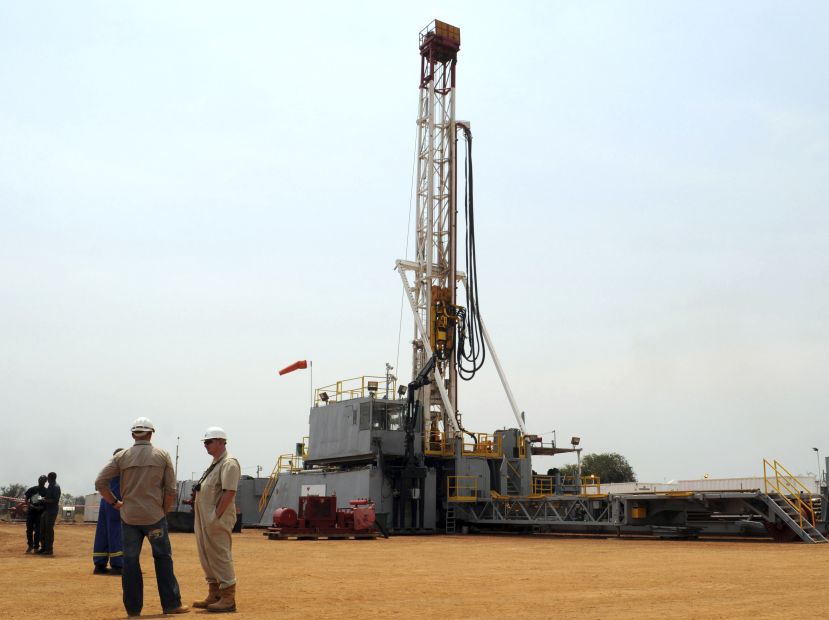 Uganda expects to begin producing oil in 2023, and it is anticipated that the government will earn significant revenues from the inflow of oil funds. If collected and utilized responsibly, generated revenues have the potential to uplift Uganda’s economic growth and development.

This was a violation of Section 59(3) of the PFMA of 2015 which provides that oil revenue will only be used for infrastructural and other development purposes only. Further, since 2008, the government has earned over $1 billion from signature bonuses, CGT and other oil revenue sources but the government cannot account for most of this money. This non-compliance with a binding law creates suspicion that the NDP III will not achieve the expected targets for 2021-2025 in Uganda’s transformative vision 2040.

As Uganda works towards achieving middle-income status, the National Development Plan is capturing every single important statistic that oil and gas will propel Uganda to middle-income status as well as overall achievement of the country’s 2040 vision. But on August 30, 2016, the Ugandan government allotted Tullow Oil Company with five production licenses while Total was given three. This brings the number of production licenses issued to nine after Uganda had offered one to the Chinese National Offshore oil company (CNOOC). And what one is asking is how much money Uganda has earned from the oil sector for the last eight years or so and what that money has been used for. How much of this is kept on which account? The few times the oil-money issue has been discussed is when Uganda won a dispute against Heritage Oil company and another case against Tullow Oil.

The World Bank report (2015) indicates that Uganda’s GDP currently stands at $ 26.37 billion with GDP value representing 0.04 per cent of the world economy. As a country, we predict GDP enhancement when oil production starts. It is unfortunate that NDP III will not register the expected success if there is no transparency and accountability in oil and gas sector to ensure that resource wealth is managed for the benefit of the whole nation.

Therefore, disregard of the law by NEMA and PAU harms public confidence in government’s ability to enforce laws in the oil sector to protect the environment, communities and the public.  For example, the Tilenga oil project is being developed in one of the most bio diverse areas in Africa.  River Nile, Lake Albert, Murchison Falls National Park and Budongo in addition to Bugungu and Karuma Game Reserves are key national and transboundary ecosystems that are going to be affected by the Tilenga oil project and the public needs to trust that government will follow the law to protect the environment for the common good. For the NDPIII to achieve its required target of increased household incomes and improved quality of life, government should enforce the environmental laws since the majority of the population depends on agriculture.

With the main goal of the expected Uganda’s National Development Plan (NDP), 2020/2021 -2024/2025 “increase household incomes and improved quality of life” by 2025 through delivering higher economic growth rates, higher GDP per capita and lower poverty rates while reducing vulnerability as well as income disparities between regions and between population segments, there is also need to implement the local content policy if Uganda is to register success of third National Development Plan.

The theory behind local content laws and policies is to encourage the use of local labor, goods and services in the oil and gas industry. But there is a gap between theory and practice. Unfortunately, this gap currently exists in Uganda with poor infrastructure and lack of skills being two of the practical stumbling blocks in building local content, oil and gas companies having to invest time and resources in training local populations and building infrastructure to handle logistical issues.

And notwithstanding the good intentions of the Ugandan Government, the legal and regulatory framework on local content in Uganda is still weak because neither the current nor the proposed regulatory framework on local content provides for clear roles of the various stakeholders in the petroleum industry, timelines for the implementation of local content legislation or policy statements have not been provided, monitoring and evaluation mechanisms to ensure compliance have not been factored in and no definite goals have been set for the achievement of the identified local content objectives.

With the development strategy of the NDP III tailored towards unbalanced growth path entailing focusing on the available limited resources, oil and gas will play a catalytic role of providing the needed resources for increasing productivity in all the sectors through human capital investment, developing complementary infrastructure needed by the private sector, promoting industrial development and manufacturing of value addition.

Therefore, the government has to overcome the challenge of how local content laws and policies work for all stakeholders in the oil and gas industry to promote development of the country as a whole.

Considering that Oil is a national natural resource, the NDP should cover the following;

In view of Uganda’s present and possible future challenges in the natural resource management specifically oil and gas, civil society organizations would like to propose the following recommendations that must be articulated in the NDP III

Amend the PFMA 2015 to create individual liability: The PFMA should be urgently amended to provide that any government official who violates laws and as a result causes financial loss and or misallocation of public revenues should personally suffer the consequences. This will instill discipline among government officers who act with impunity and later hide behind government offices.

The NDP III should set standards to decisively deal with and address the broader question of environmental governance, compliance and law enforcement. In Uganda, the majority of people, most especially influential ones, including leaders at all levels spend more time and money either trying to circumvent or violate the law than comply. This implies that it is more expensive to comply and less costly (socially, financially and politically) to violate the law. No matter how technically sound a new development plan is, it is unlikely to change much unless this situation is reversed.

Implement and comply with local content policy. The NDP III should ensure that Ugandans and locally sourced products for employment and use first.

The government is highly applauded for the close attention to the energy sector and the consistent steps taken towards the historical production of first oil by 2023. This is evidenced by heavy investments in the sector for the last few years and still going. However, to strengthen and harness the energy sector, the government should address the above issues both the immediate, medium and long-term so that the energy sector is vibrant and able to trigger the much awaited economic growth and perhaps usher Uganda into lower middle-income status in the nearest future as highlighted in NDP III. It is envisaged that oil revenues will help in financing development projects and facilitate the meeting of NDP III targets and priority sectors identified.

More in this category: « EACOP To Increase Uganda’s Vulnerability To Climate Change Energy Ministry Should Desist From Licencing Out Ngaji Oil Block »