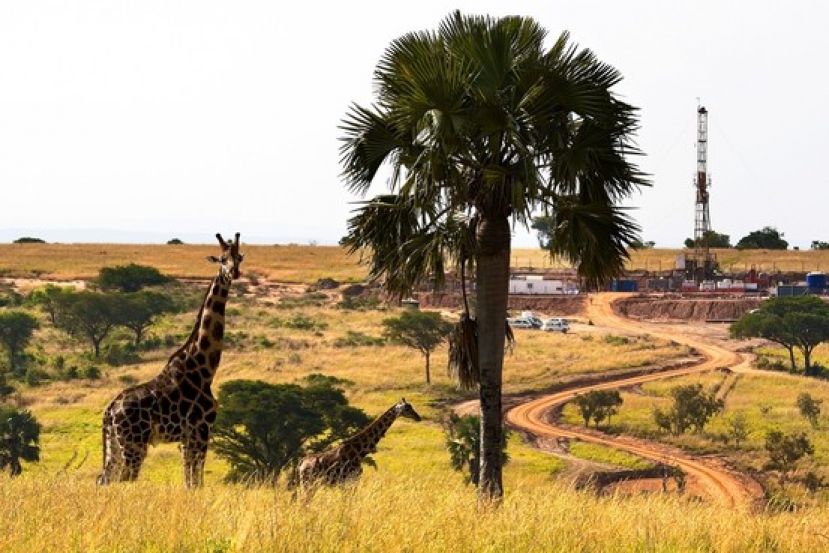 The discovery of commercial oil deposits was made in 2006 in Uganda and it is anticipated that the government will earn significant revenues from the inflow of oil funds. If collected and utilized responsibly, generated revenues have the potential to uplift Uganda’s economic growth and development.

The EACOP pipeline will be running from the oil fields in Hoima, western Uganda to Tanga port in Tanzania transporting crude that will be electrically heated throughout the pipeline. However, the government of Uganda is ignoring the related climate impacts that will come up with what it thinks is a blessing to the country.

For instance, an understanding of the East Africa Crude Oil Pipeline (EACOP) must begin with the nature of the material the pipeline would transport, a waxy variety of crude oil that solidifies at ambient temperatures and must be heated to at least 50 degrees Celsius throughout the 1443km length of the pipeline to arrive at a port for international export, vastly increasing the environmental and economic costs of exploiting Lake Albert area crude oil reserves.

An understanding of the East Africa Crude Oil Pipeline must also begin with the fact that world’s temperature has increased by an estimated 0.9o C as atmospheric levels of carbon dioxide (CO2) have risen from 290 parts per million (ppm) in pre-industrial times to more than 415 ppm in 2019, an atmospheric level of CO2 that has not existed since at least three million years ago.

The Intergovernmental Panel on Climate Change (IPCC) is warning that a further increase of the world’s temperature by more than another 0.6o C, a consequence of CO2 levels exceeding 450 ppm, would have far-ranging catastrophic consequences on humanity, including food security and livability of cities.

The key conclusions related to the EACOP project’s impact on climate include “Direct operational emissions in Uganda once the bulk heaters begin operation will range between 11–18 ktCO2e/a, which represents around 0.014–0.029% of Uganda’s total GHG emissions in 2030: the contribution of EACOP to national emissions is therefore low and will not affect Uganda’s ability to meet its emission reduction target published as part of the UNFCCC’s Paris Agreement.”

The claim that the project’s emissions would be 11–18 kilotons of CO2-equivalents per year ktCO2e/a) is grossly inaccurate as these emissions do not include indirect emissions, which (as stated on page 8-368) are “end use of the products derived from the crude oil.”

As stated in the ESIA, the purpose of the EACOP project is to transport 216,000 barrels per day of crude oil from the Lake Albert area so that the crude oil can be refined into transportation fuels that are used to power internal combustion engines, adding to the global atmospheric burden of CO2 levels.

The Interagency Working Group on the Social Cost of Greenhouse Gases (IWG) published estimates of the social cost of CO2 emissions to allow agencies to incorporate the social benefits of reducing CO2 emissions into cost-benefit analyses of regulatory actions.

In the methods adopted by IWG, the social cost of carbon is defined as the monetized damages associated with an incremental increase in carbon emissions in a given year. It is intended to include changes in net agricultural productivity, human health, property damages from increased flood risk, and the value of ecosystem services due to climate change.

More in this category: « NEMA Needs To Improve Draft ESIA Regulations Why Oil Revenue Resources May Not Spur Uganda Into A Middle Income Country »