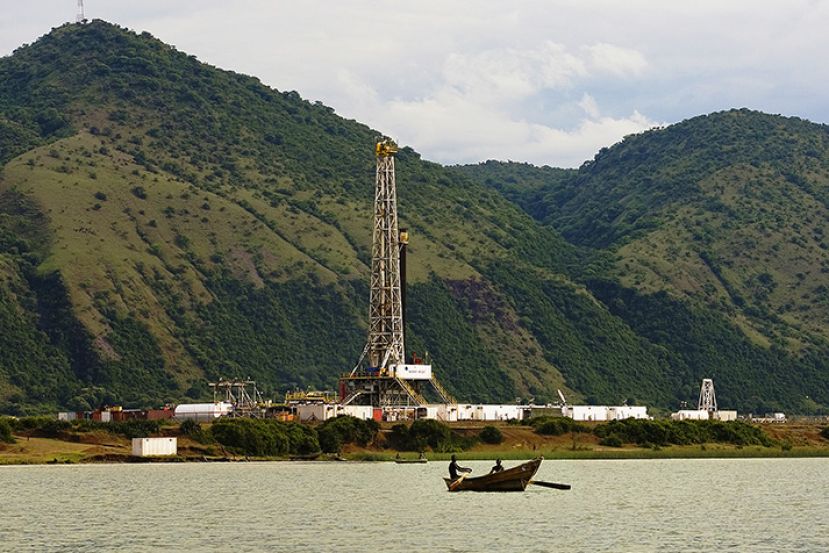 Ever since the discovery and exploration of oil and gas in the Albertine region in 2006, both the government and the land speculators have acquired the large chunks of land, where acquisition of land has resulted in limiting or complete stopping of people from accessing and using such land with its associated resources and in some instances, neighborhoods are restricted.

Oil and gas sector is not only capital intensive but also land intensive. Whereas during compensation, only the immediate land owners are considered, the community members who have been beneficiaries of such land for years are left out despite losing out their rights of land access and usage.

For instance, the indigenous minority peoples of the Lake Albert region such as; Bakobya of Tonya and Banyabugoma, Bakibiro of Kibiro, Batyabwa of Butiaba and Bagungu of Bugungu; are engaged in fishing, farming, cattle keeping and salt mining and all these depend on nature (land).

Due to the discovery of oil and gas, the above groups have already felt the negative impact inform of land loss, destruction of spiritual sites, medical plants and other cultural resources among others.

Environmental Social Impact Assessment reports have been done in some areas where there are oil and gas activities and recently a public hearing on the TILENGA project was conducted where different stakeholders were given a platform to give their take on the project with recommendations.

Yes, this was a good gesture. Therefore, NEMA should consider addressing the issues that came out from the public hearing such as concerns on water abstraction, impact of oil development on fisheries, and the name TILENGA whose meaning is regarded alien to the indigenous community. The ESIAs done must be available and easily accessible to the public upon request.

WWF in their report titled Safeguarding people and nature in the East Africa Crude Oil pipeline project notes that there is high likelihood of changes in land-use patterns and erosion of cultural heritage as there is going to be change in land use patterns such as agriculture, fishing, logging or hunting as a result of land take or exclusion during the East African Crude Oil Project.

The same report continues to mention contamination of water, land and other basic livelihood necessities due to oil spills and leakages which contaminate the land. The 1,445 Km long crude oil transportation pipeline from Hoima in Uganda to the port of Tanga in Tanzania whose scoping exercise for the Environmental and Social Impact Assessment (ESIA) was concluded in July 2017 giving a basis for detailed ESIA study, while the Front End Engineering Design (FEED) is ongoing and was expected to be completed in 2018.

While, these processes are on-going, the plans should cater for local people to access opportunities such as creation of direct and indirect jobs, provision of goods and services, improving access to social services like transportation and health care among others.

In doing this, potential negative impacts like social matters including land acquisitions, resettlement, compensation, livelihood alterations, and immigration issues, among indigenous communities who are so vulnerable. These impacts can only be reduced if careful consideration in routing and construction design, local participation, upholding of Human and environmental rights is done.

The fact that Uganda’s oil discoveries are located in a game reserve, National Parks, or even in arable farm lands, grazing areas, as well as near important water bodies like Lake Albert and River Nile raises important questions for environmental and social sustainability.

ESIAs, preliminary studies have been done and assurances by the Government of Uganda and the various private oil companies operating in the region that the environment will not be seriously compromised.

However, communities in the Albertine region continue to express fears regarding the potential environmental impacts of oil exploration and development. Why would this be so? In particular, the planned construction of the EACOP, TILENGA project raises major environmental and social concerns to the people of the area with regard to how the new life shall be, if the fisheries shall continue being productive.

Different Resettlement Action Plans for different development projects including preparation of access roads for the TILENGA project, RAP for the Kingfisher Development Area are being made or have been made to enable the land acquisition process.

The government and oil companies prepared a framework called Land Acquisition and Resettlement Framework (LARF) to guide the compensation and resettlement process of the Project Affected Persons (PAPs).

The general objective of the RAP as stated is “to lay down a framework for managing the loss of economic activities and livelihoods.” It is laudable that the RAP especially for the Refinery area recognized women as a vulnerable group who would be limited in their ability to claim or take advantage of the resettlement assistance by decisions of their spouses or caregivers.

Even so, a closer look at the livelihoods of the women after the RAP was implemented paints a bleak picture. And, if anything at all, the lives of women may have gotten worse than before the resettlement and compensation process was effected. So then, against such a consciously prepared framework, the ultimate question is-what went wrong?

Uganda’s oil reserves are expected to yield US$2 billion a year for 30 years, according to the country’s Petroleum Exploration and Production Directorate. The Bank of Uganda estimates that the country could save up to US$630 million every year on oil imports once production starts.

Successful oil exploitation and governance could elevate Uganda to a middle-income country, pulling millions of people out of poverty, including fishermen from the Lake Albert. However, in 2014, International Alert, a peace building charity interviewed people in the region to identify some of the perceived and real conflict risks associated with the oil industry’s impact on fishing across Lake Albert.

It was noted that the discovery of oil and people’s expectations of gaining from it show an influx of thousands of people into the oil region. This migration is increasing pressures over land and the lake therefore fuelling tension between indigenous communities and newcomers.

There are also concerns that an increase in population will put a strain on already limited social services, such as education, water and healthcare. Communities fear that the development phase of oil exploration will lead to further migration.

Some communities already believe that the exploration stage of oil development already led to the dwindling fish stocks-however evidence indicated the contrary. Communities have also expressed significant anxiety about their future and their livelihoods with the coming oil development. How do we align people’s perception to trigger sustainable development?

A close look at the water bodies in area shows significant depletion of water resources, for instance on Lake Albert, there are too many authorities, yet nothing is being done to save the lake. There are Beach Management Units, law enforcement officers, the fish guards, the UPDF marine unit, and other vigilant groups however, with all these people on the lake, illegal fishing is still going on. Why?

Insecurity on the lake is rampant partly due to the fact that the porous border between Uganda and DR Congo. The lake never seems to contribute much of the local revenue of the Districts of Hoima, Kikuube or Buliisa. In Buliisa District Political pronouncements, fisheries revenue collection being centrally managed are some of the factors that hindered local revenue yet 2015/16, it was noted that local revenue contribution was at only 4%.

One wonders how the district planning unit is able to handle issues of District Development Plan implementation and therefore deliver service for the oil rich communities. These must be addressed by all stakeholders.

Therefore, in order to realize a sustainable oil and gas sector in Uganda, involvement and discussions with indigenous communities in the oil region have to be undertaken.

The writer is a Coordinator for Bunyoro Albertine Petroleum Network on Environmental Conservation (BAPENECO), a Bunyoro Based CSO Network working on issues of Land, Petroleum Governance, Environment and Livelihoods.