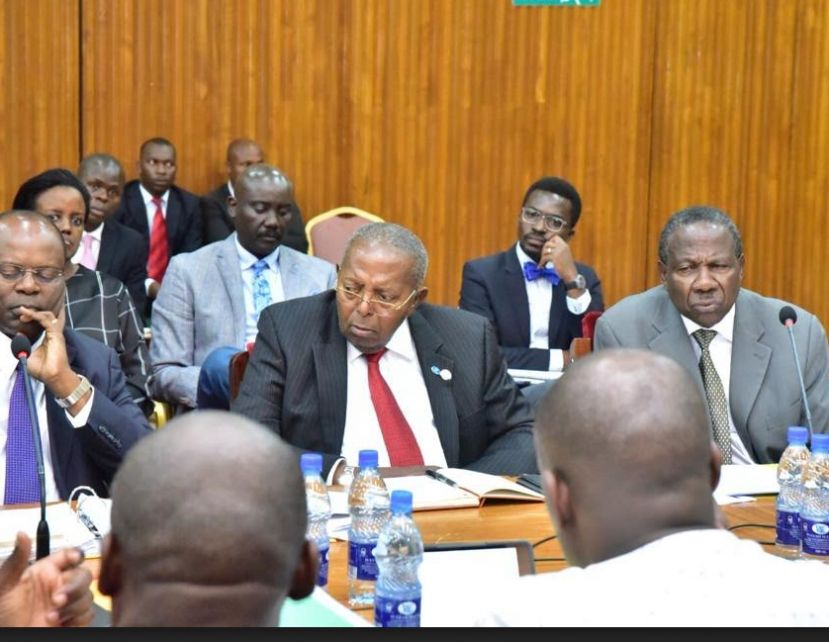 Bank of Uganda officials led by the Governor, Emmanuel Tumusiime Mutebile were yet again kicked out of Parliamentary Committee on Commissions, Statutory Authorities and State Enterprises (COSASE) meeting for appearing without supporting documents to their presentation.

The officials had appeared to respond to accusations by the shareholders and directors of the seven defunct commercial banks that were closed by the Central Bank between 1993 and 2016.

Mr Tumubweine Twinemanzi, the BoU Executive Director of Supervision started off by disputing allegations made by the shareholders of the defunct Global Trust Bank (GTB), regarding the manner in which the bank was shut down.

GTB was closed in 2014 due to persistent losses amounting to Shs60 billion. BoU officials argued that the losses posed a risk to depositor’s funds and interests.

However, while appearing before COSASE in December 2018, the shareholders of GTB insisted that their business model was not designed for quick profits.

They also claimed that they had responded to all demands by the Central Bank to inject additional capital into the business including US$ 10 million between January 2013 and May 2014.

COSASE Chairperson, Abdu Katuntu tasked the BoU officials to respond to the claims by GTB. He wondered why BoU didn’t give GTB time to prosper since the prevailing situation wasn’t unique to the bank.

“You told them to inject money, they mobilised and put in. Why should somebody put in USD 10 million knowing very well that this business will not break even?

They said they knew the market and were persevering and looking for more resources and injecting in the bank knowing that in future they would break even. And when you told them that their future was hopeless, they said ‘why should we inject money in a business which is hopeless’,” Mr Katuntu wondered.

In his response, Mr Twinemanzi argued that the GTB losses were increasing every quarter. He cited a letter written by the shareholders in which, they were complaining of repeated capital calls.

“Mr Chairman, we have submitted in prior meeting sessions with this committee documentation and minutes which reflect the meetings between GTB and BoU where even the shareholders raised their concerns about the repeated cause for capital. Actually one of the reasons for the closure of GTB was the concern by BoU that the shareholders were developing capital call for fatigue,” he submitted.

When tasked to produce the letter, Mr Tumubweine said he had submitted it to the committee, a claim that was disputed by Mr Katuntu.

He noted that the whole presentation was flawed since it wasn’t backed with any evidence from BoU. This prompted several MPs to point out more weaknesses in the presentation forcing Mr Katuntu to adjourn the meeting to Tuesday.

Mr Katuntu asked the Central Bank to present the reports and financial statements of Greenland Bank, International Credit Bank (ICB) and Cooperative Bank as of 2016.

“We need documentation on Cooperative Bank and Greenland for the period ending June 2016. Colleagues, be aware that there is no opportunity for us to adjourn this meeting after tomorrow. We must finish this business tomorrow and not beyond,” he noted.

Mr Katuntu also tasked BoU officials to prove whether or not Nile River Acquisition Company that purchased the loan portfolios of the three banks still exists.