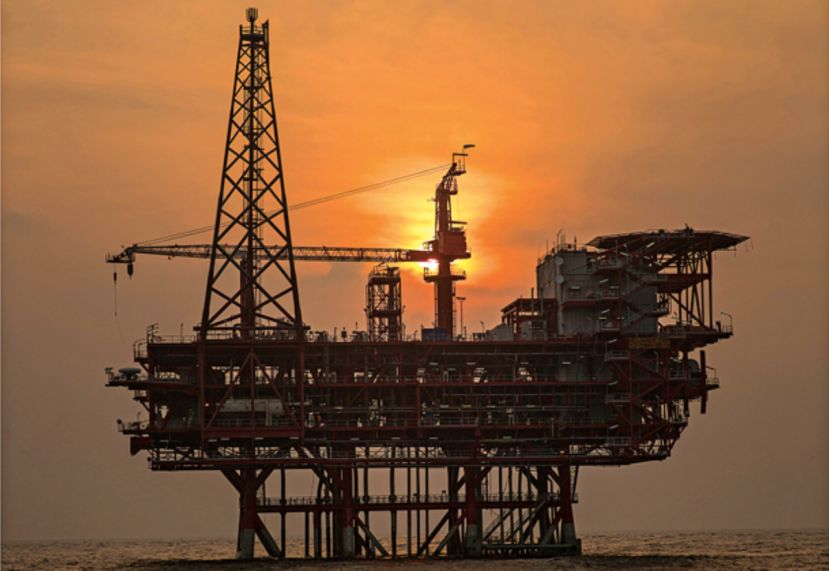 In a move to save the oil industry — facing the biggest crisis in its history — OPEC and Russia have agreed on new production cuts, with the OPEC+ group agreeing to eliminate 10 million barrels of crude per day for an initial two-month period to save a glutted oil market.

The fate of a new “OPEC++” deal, in which additional countries could sign up to production cuts, will be the focus of a virtual meeting of G20 energy ministers on Friday, with the US Energy Secretary Dan Brouillette among the global energy leaders expected to participate in the webinar. Alberta Energy Minister Sonya Savage was on Thursday’s OPEC+ call, a first for Canada.

The OPEC+ production cuts would just run through June 10, when OPEC+ is set to meet again. Iran, Libya and Venezuela will be exempted. Saudi Arabia and Russia would bear the brunt of the cuts.

Brent crude was down 4 percent at market close, losing pace from a nearly 11 percent rally before the details of the deal were announced. Brent closed at $31.48 per barrel.

Thursday’s deal would bring an end to the oil price war between Saudi Arabia and Russia — which started March 8 in an effort to regain market share captured by United States shale oil production in recent years. In moving to end the oil price war, both Saudi Arabia and Russia have called on the participation of global producers outside the OPEC+ group to join production cuts.

That issue is set to be addressed at Friday’s virtual G20 meeting, but the United States has balked at the idea of officially joining cuts, citing an open market and anti-trust laws. However, President Donald Trump has indicated the US — a top oil producer along with Russia and Saudi Arabia — will naturally see sharp declines in oil and gas production with the steep drop in oil prices and drop in global demand. Trump has radically changed his position on OPEC, as the oil market collapse foreshadows a collapse of US shale.

“Obviously for many years I used to think OPEC was very unfair,” Trump told reporters on Wednesday. “I hated OPEC. You want to know the truth? I hated it. Because it was a fix. But somewhere along the line that broke down and went the opposite way. … We have a tremendously powerful energy industry in this country now — No. 1 in the world —and I don’t want those jobs being lost.”

The US shale industry, however, remains sharply divided on official production cuts — with majors like Exxon and Chevron calling for a free market and smaller independents more eager to join production cuts. In 2019, US oil production averaged 12 million barrels per day.

But production is now projected to fall by at least 15 percent in the second quarter of 2020 and another drop of 12 percent in the third quarter, according to the EIA. Several companies in the Permian Basin are asking for a hearing with the Texas Railroad Commission, the regulator, to determine mandatory production cuts. As of yet, no such meeting has been called.

Oil prices plummeted in recent weeks, as the oil price war between Russia and Saudi Arabia, which began on March 8, was amplified by an unprecedented drop in oil demand caused by the COVID-19 pandemic.

About 40 percent of the world’s population has been ordered to stay home to stem the spread of COVID-19, according to the Energy Information Agency, and unforeseen impacts on travel, tourism, manufacturing, and joblessness have since seen global oil demand plummet by about 30 percent, from over 100 million barrels per day to under 85 million barrels per day.

The virtual OPEC+ meeting, in fact, was an indicator of the new reality, as many of the world’s top oil and gas leaders joined the meeting from their home countries.

Brent crude was averaging $55.70/barrel in February, before the oil price war and the impacts of COVID-19 were known. Ahead of the meeting on Thursday, Brent crude was trading at $33.41 and WTI at $25.92. Both Brent and WTI have reached their lowest level in years, with Brent hitting $22.76 per barrel in March, its lowest price since November 2002.

“The global spread of the Coronavirus is creating a demand shock that is impacting already fragile world energy market balances. Markets are continuing to assess the yet unknown risks of COVID-19 to the global economy as the disease continues to suppress economic activity,” said Dr Sun Xiansheng, Secretary General International Energy Forum, in a statement.

As demand for oil and the price of oil has declined, storage capacity is reaching its limits. In just a few weeks, analysts predict oil production may be shut in due to a lack of global storage capacity.

“Low oil prices combined with the inelastic nature of refined product supply and demand is usually a boon to refining margins. However, COVID-19 also impacts downstream profitability caused by erosion in demand. The combination of sustained shocks to supply and demand will cause product inventories to rise to new highs,” Dr Sun continued.

Africa has a lot to lose from a sustained low oil price, in addition to the damaging economic impacts of COVID-19. Economic powerhouses like Nigeria and Angola, which reportedly had difficulty selling oil production ear-marked for export in April, could take especially hard hits, made especially vulnerable by a lack of economic diversification.

As a whole, the continent’s oil producers have pushed for cooperation at the OPEC+ meeting, urging for a stabilized oil market and reduction in production.

In a joint statement, the Africa Petroleum Producers Organization called for OPEC and non-OPEC members to cooperate in stabilizing the oil market.

“We reiterate our support to OPEC and non-OPEC member countries as well other global oil producers in their concerted efforts at ensuring long term stability of the global oil market. Furthermore, we urge the G20 countries to offer assistance to Africa as we struggle to ward off this pandemic and price stabilization process in the oil markets,” said H.E. Foumakoye Gado, President of the Council of Ministers of APPO and the Minister of Petroleum of Niger.

“The driving force of our OPEC policy is first the stability of our national economy as well as the stability of the global economy which is heavily dependent on OPEC and its strategic partners, popularly referred to as OPEC+. Nigeria, like the rest of the world, has been hit by the Global Pandemic, COVID-19, and is prepared to join the rest of the world in making the necessary sacrifices needed to stabilize the crude oil market; and to prevent what is likely to be a major global economic meltdown,” said Sylva.

“The OPEC deal is a good one. We can work with it for now. African countries will not recover from COVID-19 and the associated economic difficulties without a strong energy sector. The oil industry helped the continent pull itself out of the last economic recession of 2008. African businesses and workers will be happy to see the end to the price war and to maintain an industry that meets their hopes and aspirations. A global cut would be better and everyone needs to put some skin in the game, especially our friends from the US, Canada and Norway.”

South Sudan, a member of the OPEC+ cooperation, backed the production cuts.

“South Sudan believes that market volatility is negative for every player in the market and hurts our ability to attract new foreign investment, diversify our economy and promote peace,” stated Minister of Petroleum Hon. Puot Kang. “South Sudan is focused on boosting exploration and opening up new oil and gas fields, and the current scenario hampers our growth targets significantly.”

The International Monetary Fund is already working closely with African countries to stave off recessions and an economic collapse. Governments throughout the continent are calling for debt relief as the global economic crisis deepens. The World Bank and the IMF have both expressed support for debt relief as less developed economies navigate the COVID-19 fallout.

More in this category: « Reflect On Your Business, Prepare It For When Coronavirus Ends, Rajiv COVID19 To Increase Cost Of Managing Properties – Rajiv Ruparelia »