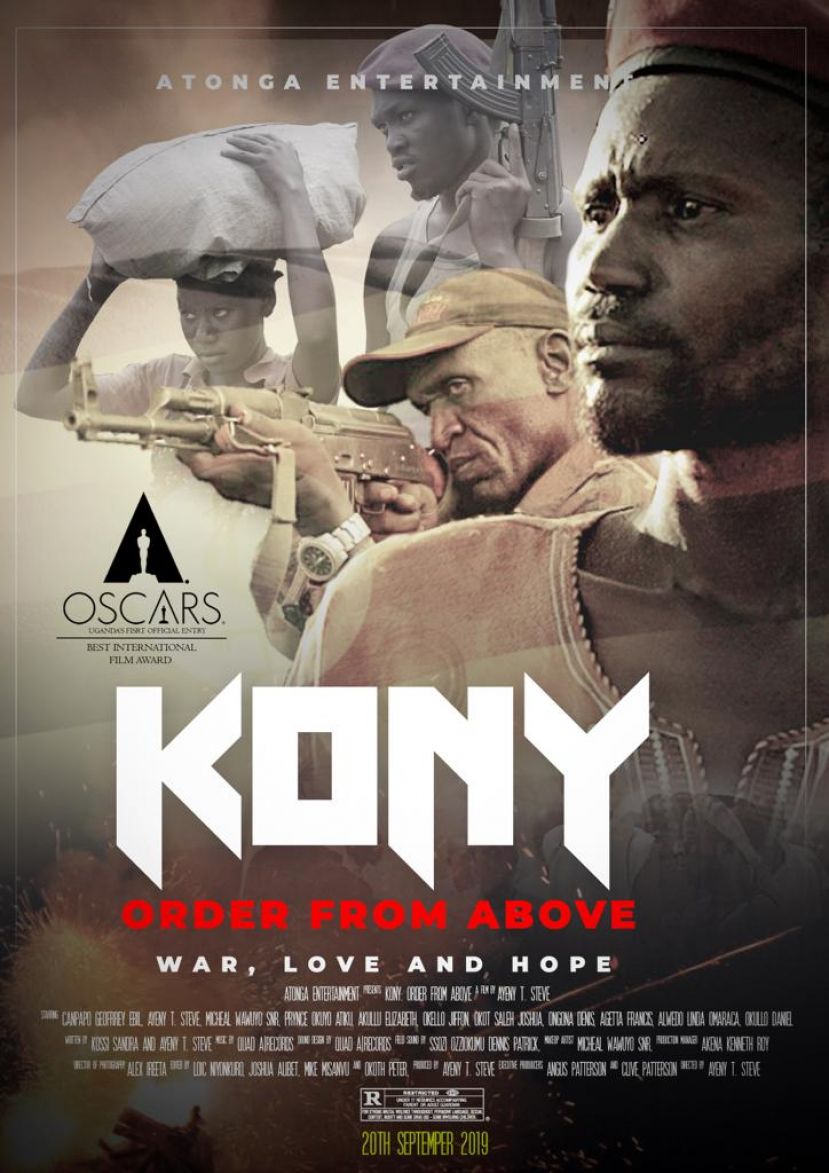 A Ugandan movie ‘Kony-Order from Above’ that was last week selected for the 92nd Academy Awards alias Oscars is going to be in cinemas for seven consecutive days starting this Friday 20 to 26 September, 2019.

The premiering will take place at Century Cinemax Acacia Mall Kisementi at 5pm.

The movie was selected by the Uganda Academy Selection Committee (USASC) as Uganda’s official entry for the 2020 Oscar Awards in the category of Best International film.

This marks the very first time Uganda is submitting an entry to the prestigious awards following the launch of the seven-member UASC in July this year.

Given out annually by the Academy of Motion Picture Arts and Sciences (AMPAS) in the United States of America (USA), the Oscars are an international recognition of excellence in cinematic achievements as assessed by the Academy’s voting membership.

According to Godfrey Musinguzi, UASC Chairperson, the seven day screening is part of the eligibility criteria, a selected movie needs to undergo ahead of the October 1, 2019 Oscar submission deadline for all country entries.

“We implore all the relevant government agencies, cultural entities, the media and every Ugandan to support the film to meet all its outstanding requirements, including showing at the cinema for at least seven consecutive days, before the deadline,” said Mr Musinguzi in a statement dated September 11, 2019.

Set in the heart of the brutal LRA war of Northern Uganda, the film tells the story of two young abductees and lovers who must fight to keep their love alive amid chaos and horror.

“The film's human story, universal themes and authenticity make it a unique piece of homegrown art worthy of celebrating on the global platform that is the Oscars,” revealed Mr Musinguzi.

More in this category: « Rajiv Ruparelia Recognized At India Day Kony-Orders from Above: Movie Selected For Oscar Awards »