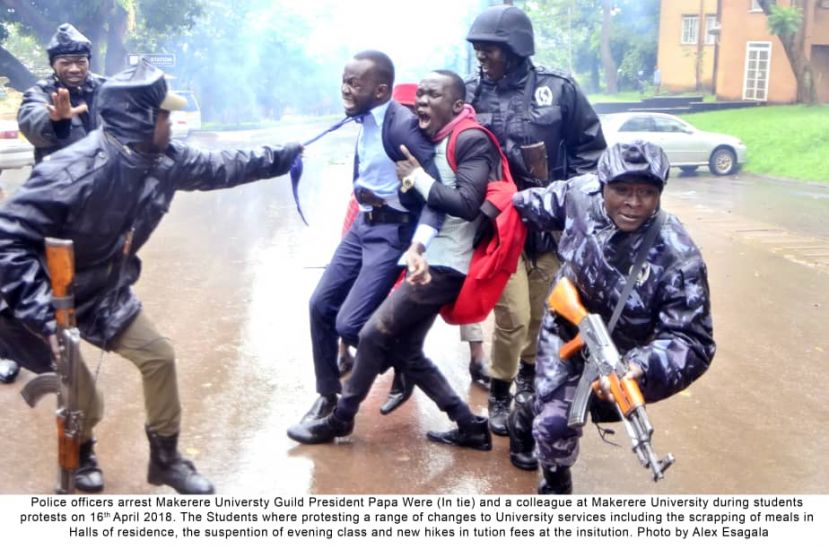 The photo that has landed Vision Group in trouble

The lawyers of Daily Monitor photojournalist Alex Esagala have written to Vision Group demanding copyright infringement compensation worth Shs400m after the Robert Kabushga media group used his award-winning photo in Bukedde Newspaper without getting permission.

In the notice of intention to sue written to Vision Group Chief Executive Officer, Mr. Robert Kabushenga dated on 26th of November 2019, Alex Esagala, through his lawyers of Kaggwa and Kaggwa Advocates, is also demanding for an apology from the media firm and cash compensation or else he sues them.

“On 25th November 2019, a photograph that was taken by our client appeared in Bukedde Newspaper. The said photograph was taken on 16th April 2018 and in fact, won an award in the Uganda Press Photo award. Your actions of publishing the same without our client’s consent amounts to a copyright infringement contrary to the Copyright and Neighboring Rights Act, 2006,” reads the complaint.

According to the complaint, Esagala is demanding for usage fees and damages of Shs400 million due to the great risk he took while taking the said picture and skill while executing the same.

“Take notice, therefore, that should you fail to pay the above-mentioned sums together with 10% of the said sum as lawyers’ fees within seven days from the date of receipt of this letter, our instructions are to sue you,” Quote’s the complaint.

More in this category: « Students Encouraged To Drop Lifestyles That Can Affect Their Studies Ruparelia Foundation To Build Sanitary Toilets In Kamwokya »