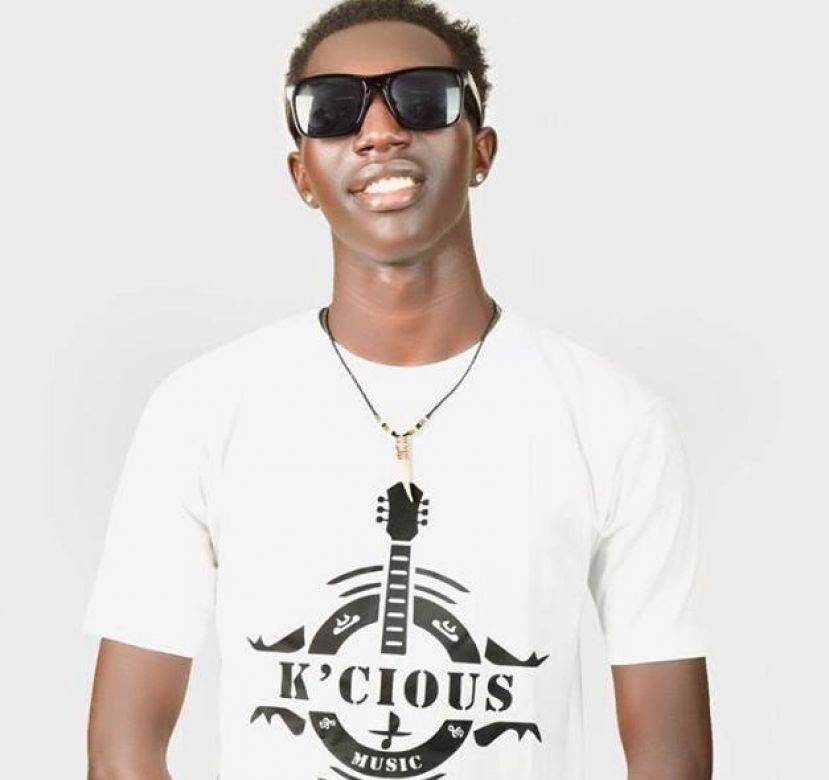 Sometimes all you need for your breakthrough is an environment that understands your ambitions, believes in you and provides you with the necessary platform and facilitation to see you succeed.

And for William Kuol Pieng Deng, a young South Sudan student, Victoria University, where he studies a Bachelors of Computer Sciences and Technology, has been a blessing to his musical ambitions.

The 22-year-old Victoria University student from Abyei (Pajok Abior), in Rumbek, South Sudan, in an interview with Command Post 1 reveals that he started singing early this year in March.

The singer, who goes by the stage name K’Cious Afriqanboy, explains that this music journey started off with deeper research and understanding of the South Sudan music industry from January 2018 to February 2019.

When undertaking this research Kuol Pieng discovered that many artists in South Sudan sung dancehall and Afro-Dancehall. He chose to do RnB music.

"What drew me to music was to change the South Sudan music industry and take it to another level of international," he said in an interview with Command Post 1.

Kuol Pieng loves music because it’s a message that runs through the body mind and soul. And this message can be expressed through singing. He says that music is emotions that consist of love, sadness, happiness and so much more.

When he started out in March 2019, Kuol Pieng released a song titled forever. On this song, he collaborated with a friend called Heavy Treys, a Ugandan. He would later add on songs like Letter, Reason, and Right Tim featuring Shamah.

As a student, this music success has not come without the nurturing and support of Victoria University where he is a student. According to the student, the University funds the recording of audios and shooting of videos for his songs. This is no mean feat.

He supplements this generosity from the University by performing at shows and parties.

He explains that he joined Victoria University because it had all the facilities a good University should have. He first got to know about the Ruparelia group owned University from his family members and through social media.

And now it looks like this was a pathway to his greatness.

The second-year student is also a minister of constitutional affairs at the students’ guild council. This leadership responsibility also means he is a busy student juggling university’s politics and his music career. However, he says he is in a position to handle all.

“Well, balancing my books and music is hard because they say you cannot serve two masters at the same time. But I have a way that I use to balance both. Music is my happiness and with it I can read well and understand quickly.”

Victoria University has also helped him promote his music and offered bigger platforms to perform and sell his music to bigger audiences. Through Victoria University, he has been able to share the same with big Ugandan artists like Ykee Benda and Fefe Busi.

The university is also planning to arrange an international collaboration with an artist from India.

This music adventure was orchestrated by the Victoria University Vice-chancellor Dr Krishna who connected Kuol Pieng to the yet to be named Indian artist. Apparently, this work is already in progress, including the recording of the duet.

Like any ambitious dreamer, Kuol Pieng wants to dominate South Sudan musically and become a big global name in the RnB music genre.