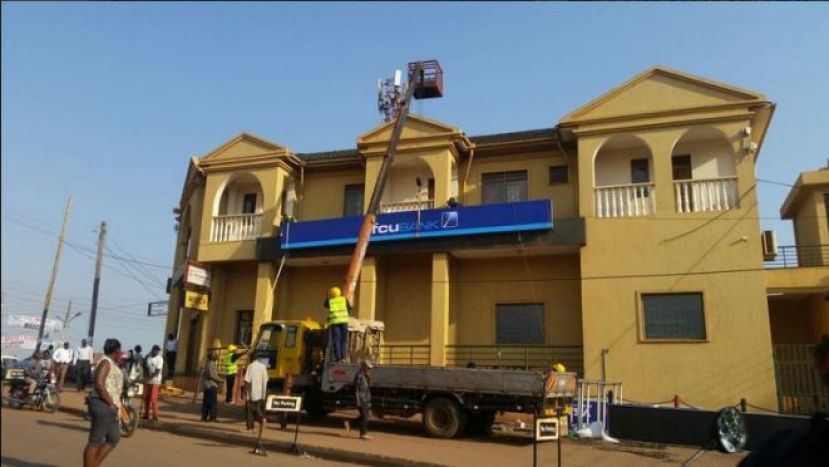 There are several matters that are still contestable following the 2017 dfcu takeover of Crane Bank. One of these matters is 48 Meera Investments Ltd’s properties that used to house several Crane Bank branches across the country.

While court is yet to decide on the matter of ownership of the said properties with property tycoon Sudhir Ruparelia arguing that they rightly belong to Meera Investments Ltd as Crane Bank whose majority shareholder was foreign owned (Mauritius registered White Sapphire Ltd) couldn’t own freehold property as stipulated by the law, it turns out dfcu already registered the properties in their names.

This dfcu move was on the advice or more rightly ill-advice of their lawyers Sebalu & Lule Advocates in May 2017. The lawyers were recently declared conflicted by court and can no longer represent dfcu in matters against Sudhir as they were previously his lawyers.

A leaked memo dated May 8, 2017, indicates that dfcu was reluctant to transfer the contestable properties into their names fearing that BoU and Crane Bank (in receivership) may fail to legally acquire the properties from Sudhir’s Meera Investments.

dfcu had preferred to place a caveat on the properties till BoU had taken their ownership from Sudhir and his Meera Investments.

Sebalu & Lule instead advised dfcu to transfer the contested properties into the bank’s names, a move that legal experts have criticized as rushed.

In the Asset Purchase Agreement between BoU and dfcu, BoU had 24 months to recover the said properties from Meera, but if the Central Bank failed to recover the properties within the stipulated 24 months, dfcu would rescind the purchase of the leasehold properties, return to BoU the certificates of title, duly retransferred into the names of CBL and deliver up to BoU vacant possession of the leased properties. BoU would in return refund a portion of the purchase price equivalent to the value of the properties.

The reason BoU made a two-year provision was because the matter was contentious and they were in the process of asking court to compel Meera Investments to hand over the titles of said properties to BoU.

BoU and Crane Bank (in receivership) in the meantime filed a case in the commercial court claiming that the 48 properties on which Crane Bank had their branch network originally belonged to Crane Bank but were transferred to Meera and subsequently leased to Crane Bank.

BoU asked court to order Sudhir’s Meera Investments to hand it the 48 freehold certificates together with duly executed transfer deeds in respect of each one of them in favour of Crane Bank.

It is on this basis that dfcu had preferred to place a caveat on the properties awaiting the outcome of the court process, but Sebalu & Lule advised them transfer the properties to dfcu names.

“Our opinion is that although the proposed approach of registering caveats provides dfcu with some level of legal protection, its indisputable title to the leasehold properties can only be guaranteed through registration of the transfers executed by BoU in favour of dfcu.”

The lawyers added that 24 months was a long time to wait for dfcu to resolve the ownership issues.

Through his lawyers Kampala Associated Advocates, Sudhir went to the High Court’s Land Division suing both dfcu and the Commissioner for Land Registration challenging the transfer of his Meera Investments properties as an illegality, fraud, and tantamount to trespass.

Sudhir wants court to rule that Meera Investments is the registered proprietor of the properties and should have been consulted in any transfers of the land to dfcu. He reasons that since Meera was never consulted, the transactions were illegal and fraudulent.

Sudhir wants court to declare dfcu a trespassers and prays that Meera be granted vacant possession of the properties on top of refunding mesne profits (profits of an estate received by a tenant in wrongful possession and recoverable by the landlord) with 20% interest as well as damages and costs of the suit.

Meanwhile, Sudhir filed a miscellaneous application earlier this year asking court to dismiss the BoU and Crane Bank (in receivership) case against him, arguing that the Financial Institutions Act does not allow a receiver to sue or be sued.

Sudhir also argues that Crane Bank’s claim to Meera Investments properties is preposterous since a non-citizen is barred from acquiring mailo or freehold land by the Land Act. The argument is that Crane Bank could not have owned the properties as the majority shareholders were non-citizens.

Commercial Court head Justice David Wangutusi set August 26 as the date for ruling on the application. If Sudhir wins this one, it would mean that he will also be most likely to win the main case and dfcu would have to grapple with the consequences of fraudulently transferring the Meera properties to themselves.