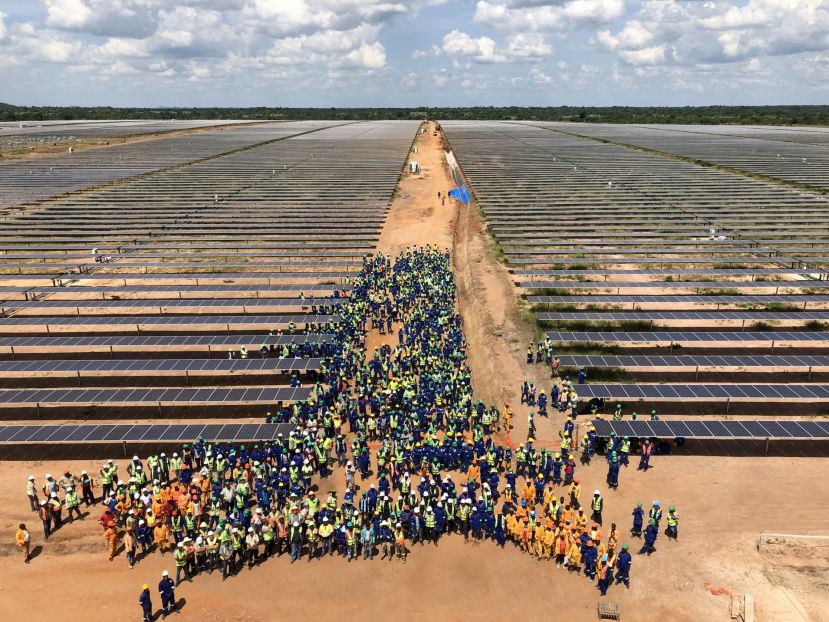 Here, CNBC’s “Sustainable Energy” takes a look at the continent’s leaders in renewable energy capacity according to statistics from the International Renewable Energy Association (IRENA).

Hydropower is the main source of renewable electricity generation in Sudan, producing 8,051 gigawatt hours (GWh) in 2016, according to the International Energy Agency (IEA).

Despite being an oil rich member of OPEC, Nigeria – the most populous country in Africa – is home to “an abundance of various renewable energy resources” including solar, wind and small hydro power, according to the Nigerian Electricity Regulatory Commission.

Work needs to be done to exploit these resources, however. To this end, the government wants renewables to make up 30% of the country’s electricity mix by 2030.

Construction work on Mozambique’s first large-scale solar facility, a 40 MW plant near the city of Mocuba, started in 2018, according to solar firm Scatec Solar.

It’s estimated that, once complete, the plant will generate 79 GWh of electricity per year and help to power 175,000 homes.

Zambia is heavily reliant on hydropower, which generated 11,025 GWh in 2016, according to the IEA.

Change is taking place, though. In April 2019, the green energy subsidiary of Italian energy giant Enel started operations at a 34-megawatt (MW) solar plant, its first in the country.

Once fully operational, the power plant is set to produce 70 GWh every year, according to Enel.

A vast country, the Democratic Republic of the Congo’s biggest renewable source is hydropower, which generated 9,099 GWh in 2016, according to the IEA.

The United States Agency for International Development has said that the country could potentially “install up to 100,000 MW of hydropower capacity.”

Like Nigeria, Angola is a member of OPEC and a major oil producer.

The country is also a significant force in hydropower, with generation from that source hitting 4.95 terawatt hours in 2016, according to the International Hydropower Association.

Morocco boasts the planet’s biggest concentrating solar park which according to the IEA illustrates its “ambition and technological capability.”

The country also has several wind farms, including the 300 MW Tarfaya facility, which is located on its southwest coast and can power 1.5 million homes, according to Siemens.

With over 4,000 MW of capacity, Ethiopia places third when it comes to renewable energy capacity in Africa, according to IRENA.

The country is part of the World Bank’s Scaling Solar program, which has the goal of making “privately funded grid-connected solar projects operational within two years and at competitive tariffs.”

Egypt has potential when it comes to renewables. In October 2018, IRENA said that Egypt could supply 53% of its electricity mix using renewables by 2030.

In April 2019, Norwegian developer Scatec Solar announced that the first part of its 400 MW Benban solar facility had been connected to the grid and commenced commercial operations.

Once finished, the Benban project will have 1.5 GW of capacity. Scatec is the largest contributor to the project.

South Africa is the continent’s leader when it comes to renewable energy capacity, according to IRENA’s figures.

It is home to a number of solar power plants, including the 96 MW Jasper plant, a photovoltaic facility with 325,360 panels that can supply power to 80,000 homes.

When it comes to wind power, onshore installations in South Africa amounted to 2,085 MW in 2018, according to the Global Wind Energy Council.

The South African Wind Energy Association states that wind power accounts for 52% of the country’s renewable energy power supply, while the average size of a South African wind power facility is 93.5 MW.