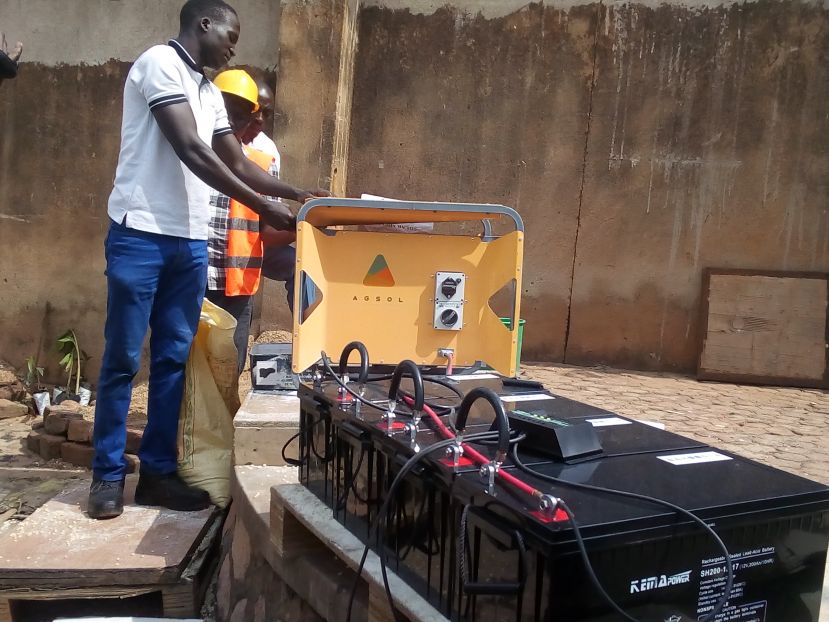 The use of solar in Uganda is increasing, moving on from being only a source for lighting to other uses like powering agribusiness and other alternative uses, Mr. Amos Tamusuza, the acting Principal Energy Officer at Ministry Of Energy And Mineral Development (MEMD) told a media training in Kampala.

The growth in solar consumption is however being slowed and challenged by the rampant existence of fake solar products on the market. Mr. Tamusuza noted that because of fake and poor quality products sold to unsuspecting customers, many people say solar technology doesn’t work.

The integrity of persons dealing in solar products is also lacking. This, he said hampers solar uptake. He revealed that renewable energy mix on the national grid was expected to grow from 4 percent to 60 percent but has only managed to grow to 40 percent.

The other challenge has been insufficient awareness and promotion of solar across the country. This has left consumers of solar ignorant and cheated by rogue traders. To address these problems, the ministry facilitated the formation an association that would bring all traders dealing in solar energy.

“We found out that if we are a well-organized body, we can build a vibrant sector. We had to bring these people together,” Mr. Tamusuza stated. And with that in mind, Uganda Solar Energy Association (USEA) was born – to help the ministry in positioning solar energy first.

“Solar was expensive but now the prices are coming down but we feel the costs are still higher. It has become more affordable and usage of solar has increased especially in rural areas. We are happy for that. Companies are enabling customers to pay in instalments but we still have quality problems. The integrity of dealers is lacking,” Mr. Tamusuza narrated.

To fight poor quality products on the market, Mr. Tamusuza is of the view that for anybody to get a licence from the energy minister to sell solar products must be a member of the Uganda Solar Energy Association. This way, the association can monitor the quality members are putting on the market through adhering to an ethical code of conduct that must be followed.

Mr. Julius Magala, the Energy Access Coordinator, Clean Start Programme (UNCDF) who opened the media training session, applauded USEA for the initiative and its role in promoting the use of clean energy among Ugandans.

“Access to clean energy remains a challenge for many communities in Uganda and hinders economic development. It’s therefore important that USEA and the media work together to help address the bottlenecks that people face in accessing quality clean energy solutions, if Uganda is to achieve its Sustainable Development Goals (SDGs)” he said.

“UNCDF is committed to working with USEA to help improve the lives of many Ugandans by promoting and investing in initiatives that promote access and the use of clean energy,” Magala added.

According to a study on the use and Viability of Solar Energy in Uganda by the National Association of Professional Environmentalists, 88% of Ugandans use kerosene for lighting and 79% use firewood for cooking while only 1% use solar energy for the two purposes. The heavy reliance on biomass by the country as a source of energy in day to day life puts the country at risk of environmental degradation and climate change.

Ms. Joyce Nkuyahaga, the Chief Executive Officer of USEA, mentioned that solar provides an alternative source of power especially in rural areas. The main source of power in Uganda is hydroelectricity which has not covered the main parts of rural areas and remains largely expensive. An increase in power tariffs on the national grid to Shs718.9 per kwh made electricity inaccessible.

In the earlier days of solar entering onto the Ugandan market, it was considered expensive but like Mr. Tamusuza and Ms. Nkuyahaga noted, this is changing for the better. Ms. Nkuyahaga reveals that now you can get a solar package of 4 solar lamps, a radio, phone charging at Shs500, 000 with a three year warranty and can last for over ten years. It doesn’t come with monthly tariffs, all you do is put it in the sun for natural recharging.

She further revealed that 500, 000 households have been covered by solar in the past six years while UMEME, the company that distributes electricity on behalf og government has reached only reached 1.3million connections.

And with improvement in solar technology, solar performance has also improved. Consumers are finding alternative uses of solar because increased capacities and efficiency. Today many people are using solar for irrigation and industry use.

At Power Trust Uganda, they are selling a solar milling machine. Such innovations are set to help rural areas where there is no electricity to add value to their farm produce.

Mr. Paul Jack Kulosi, the business development manager at Power Trust said with the solar milling machine one can add value to 800 kilograms of maize that way one can produce food for home use and also get animal feeds.