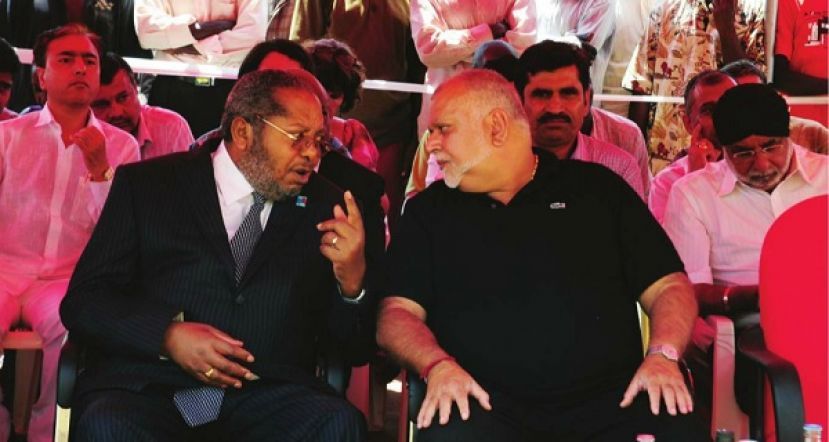 Dr. Sudhir Ruparelia has vowed to face the Central Bank in the appeal court after the Bank of Uganda declined to concede defeat in the face of a High Court ruling last month that condemned them to costs.

The appeal followed an earlier botched plot by the Bank of Uganda to recover UGX397 billion from the city businessman, whose Crane Bank Ltd was controversially closed by the BoU in 2016.

While, unveiling a magnificent Electrical Plaza, one of his new buildings in Kampala on Saturday, Sudhir said he was more than ready to meet the central bank in court.

“Me, I am ready, today, tomorrow and the other day. Let me tell you, law is law, nobody can reinvent law. You see they created this law to protect themselves. They are saying no body can sue them. So we used the same law to defeat them,” he told journalists.

The property Mogul said Bank of Uganda officials had acted arrogantly in the closure of some banks including his Crane Bank Ltd but the law had caught up with them.

“We used the same law they used to protect themselves to defeat them. If anybody has sense in Bank of Uganda, they have such dumb lawyers there. If their lawyers knew the law they are supposed to enforce, this could have not happened,” he said.

A simple calculation by industry experts revealed that BoU could pay upto UGX110 billion as the battle with city tycoon in the aftermath of the closure of Crane Bank Ltd rages.

Justice David Wangutusi of Commercial Court on last month dismissed a case in which BoU claimed that tycoon Mr. Ruparelia and his Meera Investments Ltd fleeced his own Crane Bank Ltd (now in receivership) of UGX397 billion.

Bank of Uganda, through their new attorney Dr. Joseph Byamugisha of Byamugisha & Co Ltd however chosen to file an appeal. It is not known when court will start hearing the appeal.

More in this category: « Cooperative Bank Closure: Tushabe Says BoU Has Frustrated Him For 20 Years Orient Bank Partners With Unionpay To Ease Cash-out »