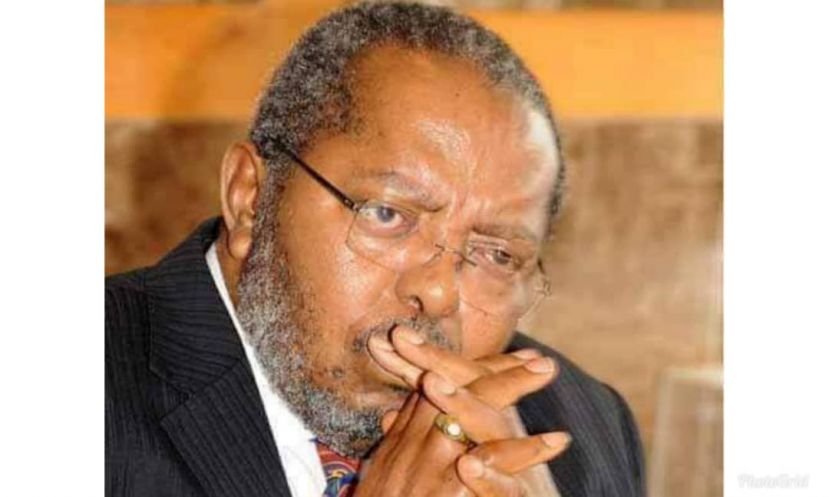 On Thursday night online news outlets broke news of several arrests of Bank of Uganda officials who were linked to sneaking into the country billons of shillings which were illegally printed.

The reports published indicated that the woman at the center of arrests is none- other than Lt. Col. Edith Nakelema who leads State House Anti- Corruption Unit which was inaugurated last year by President Yoweri Kaguta Museveni.

On Friday, whereas it turned out that the arrests were true, State House explained that the arrests clung on investigation related to five wood pellets cargo which was transported along with new Ugandan currency from Germany which breaches guidelines.

The procedure is that the money printed is inspected and quantity supervised by Bank of Uganda officials in higher ranks and then later ensure its safety by not allowing any other cargo on a chartered plane.

It emerged that as plane carrying money landed at Entebbe in April, five extra wood pellets had been found by customs and cleared.

But until today no one official at the airport knows the cargo’s whereabouts neither do they know the owners and what was contained inside these boxes.

It also emerged that well knowing it is unlawful to allow extra cargo on the plane, BoU officials who were on this plane destined for Uganda cleared the consignment.

Whatever the motive, security is determined to establish and the culprits. When the operation is successfully executed, many heads at BoU are likely to roll. Nakalema, on Friday afternoon clarified on the operation saying she kicked off investigation at the invitation of BoU Governor Prof. Emmanuel Mutebile.

“The State House Anti-Corruption Unit acting under Article 99 (4) of the Constitution of Uganda in liaison with the Criminal Investigation Directorate of the Police acting under Article 120 (3) (a) and in conjunction with Bank of Uganda is carrying out a special investigation on a matter pertaining to the Bank’s procurement and supply chain activities,” Nakelema said in a statement.

She added, “This investigation is being carried out following an invitation by the Governor of the Bank of Uganda and in close cooperation with the Governor’s office.”

Usually in such rare scenarios, the Governor invites the Inspectorate of Government to intervene and investigate the matter.

But as to why Mr. Mutebile ditched IGG Irene Mulyagonja and opted for Nakalema is something that has been questioned mostly at a time when the IGG’s reputation and will to fight corruption has been queried.

Ms. Mulyagonja’s conduct in the previous Bank of Uganda inquiry left many poking holes particularly when she declined to investigate the officials named in the contested sale of seven commercial banks.

Mulyagonja was first to summon top administrators of the Central Bank, but how she later dropped the case left many answered questions. At some point Mulyagonja invited ISO to investigate MPs led by Hon Abdul Katuntu who chaired COSASE which handled Bank of Uganda probe.

She also claimed that these MPs were bribed by city businessman Rajiv Ruparelia. Her assertions exposed her person as conflicted.

To further question her readiness to fight graft was President Yoweri Kaguta Museveni who on two occasions lambasted Ms. Mulyagonja by justifying why he created a parallel unit to watch over the IGG.

The Parallel unit is headed by Col. Nakalema. Museveni publically said Mulyagonja had failed to fight corruption and that her office had been infiltrated by corrupt elements.

Against that backdrop was petitioned filed against Ms. Mulyagonja over misuse of office. The petitioner invited Nakalema to investigate Mulyagonja.

It therefore remains plain that an Inspectorate of Government with such tainted image could be a ‘suitable candidate’ to handle the fresh BoU currency saga.

More in this category: « Bank Of Uganda Officials Let Illegal Cargo On Currency Flight We Are Being Investigated, Mutebile Confirms »