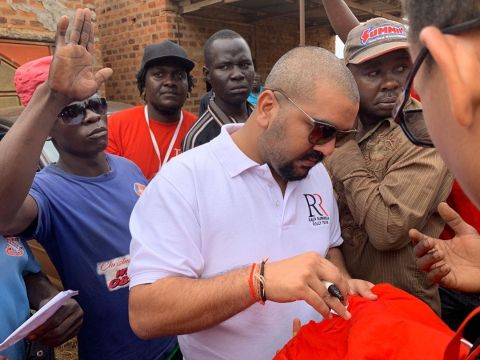 In any sport, relating with fans is big cornerstone for every sportsman; it adds values and empowers the man or woman in charge. Fans are the pillars of the sport you are participating in.

He is beginning to understand that success on the racing track is not enough to have a successful career in the sport. He is appreciating the fact that fans matter.

During the fifth round of Pearl of Africa Rally 2019 Rally in Kayunga, Rajiv and his team took off time from the racing track and interacted with fans, many of whom were issued with fans certificate.

This was looked at as a move to formalize a strong and dedicated fan base.

In actual sense, Rajiv Ruparelia has not let success in his maiden two races get into his head but rather he is choosing to tread carefully as he integrates into the motor rallying fraternity of Uganda. 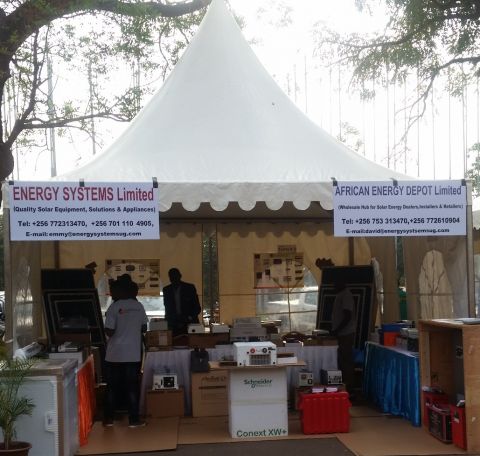 More than 40 local and international solar companies showcased solutions for lighting off-grid homes, businesses, and public buildings, watching TV without having grid power, irrigating for greater harvests, and much more, at the side event, held alongside the Africa Energy Forum.

This exhibition, according to Emmy Kimbowa, the Chairman of USEA; Uganda’s apex membership body for solar system companies, demonstrated the opportunity that solar systems present for the economic growth and transformation of Uganda.

While electricity generation capacity in Uganda currently is 870 MW and peak demand is 550 MW, approximately, demand is increasing at an average of ten percent each year. Electricity shortfalls are expected until more power generation facilities are brought online.

Further, as the bulk of grid electricity is generated through large hydropower (approximately 85%), the reliability of Uganda’ power supply is susceptible to drought, intermittent rainfall, and reduced river flow – all factors that are expected to become more acute with climate change.

The Government of Uganda is meeting this challenge head-on by targeting an increase in installed capacity to 2,500 MW by 2020. Furthermore, Uganda aims to achieve a more diversified energy mix by making greater use of other renewable sources including medium and small-scale hydropower, biomass, solar, and geothermal.

Power Africa Uganda Electricity Supply Accelerator (PAUESA), is a project that was launched at the exhibition, by the U.S. Ambassador to Uganda Deborah R. Malac and Honorable Irene Muloni, Minister of Energy and Mineral Development in the company of the UK High Commissioner Peter West.

Also referred to as The Accelerator, PAUESA is aligned both with Uganda’s objectives and the Power Africa Roadmap goal of increasing regional generation capacity by 30,000 MW and increasing connections by 60 million.

With a population of about 34 million people, Uganda has one of the world’s lowest electrification rates even though Uganda has experienced an average economic growth rate of five percent per annum over the last ten years. In urban areas, while 55 percent of Ugandans have access to electricity, in rural areas, however, the electrification rate drops to 10 percent.

Only 5% (five percent) of the population is connected to the national grid, indicating that many of those who do have access to electricity are employing off-grid technologies such as distributed power and solar home systems to meet their energy needs.

Power Africa is a U.S. Government-led initiative launched in 2013 to expand electricity access and generation capacity in sub-Saharan Africa by adding more than 30,000 megawatts and 60 million new home and business connections.

Energy Africa, a UK Government-led initiative has been working closely with other development partners and the Government of Uganda to support the growth of the off-grid solar market through the establishment of a suitable enabling environment. 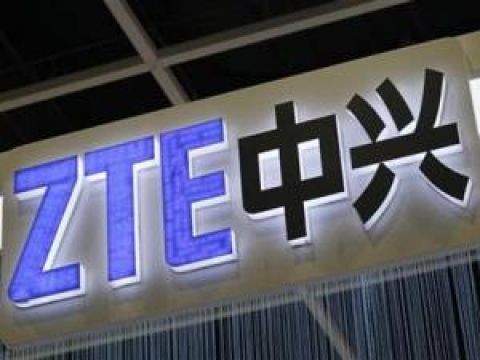 Uganda’s important National Backbone infrastructure (NBI) has attracted controversy after information emerged indicating that a Chinese company ZTE, is alleging that National Information Technology Authority of Uganda (NITA U) and the Ministry of Information and Communication (ICT) are ‘colluding with the companies that built and maintain the national internet backbone to fleece Ugandans’.

Chinese ICT firm ZTE is interested in completing the project and according to sources is working hard to ‘disadvantage the rest of companies bidding for the final phase of the NBI which seeks to connect government departments with high speed interconnectivity.’

Quoting media reports, sources say ZTE accused President Museveni and NITA-U officials of signing ‘unfavourable internet provision contract with SolitonTelmec, a Kenyan company’. Allegedly, according to ZTE, the deal with Soliton was bad for the country.

‘In so doing, they are positioning themselves as the company which might offer the country a better deal, in the final phase of the NBI project.” A source told this website, adding that ZTE wants ‘government entity NITA-U to be denied its mandate and be offered to a telecom company which they can easily manipulate.’

The president recently said that as part of plans to revamp UTL, he wanted the government to start purchasing data service from the struggling telecom.

The president was told that for every Mbps of Internet delivered to any government agency through a cable owned by government through NITA-U, the Kenyan company Soliton charges NITA-U $200 (Shs725, 400) as transport charges.

But Nita-U strongly dismisses these allegations saying whoever makes such blatantly lies was unhappy about the recent contracts handed to other firms, but theirs.

To win the right to work on the National Backbone infrastructure, ZTE will have to out-compete Huawei, Klawanchi Telecomm Camusat, Raubex and BCS & Fiber Home. Source intimate that Huawei, another Chinese ICT firm, has a more competitive bid; something that stands in the way of ZTE.

Online publishers Chimp Reports quoting a source this week reported that detractors have been recycling old lies to discredit Nita-U. However NITA-U says that during the pre-bid stage, all suppliers were invited to view the bid specification.

At this stage, NITA-U says that at this stage bidders were asked to register concerns with the bid process and stakeholder involved. No concern or complaint was registered paving way for the bidding process to continue.

“NITA-U outsourced the management of the NBI to a managed services provider, SolitonTelmec, to manage the day to day operations to ensure that we provide a reliable and consistently ‘on’ service to our customers, Ministries, Departments and Local Governments,” said Kirenga.

Government spends about Shs12bn on managing the infrastructure which the whistleblower says is a huge amount given the nature of task at hand.

Kirenga said the contractor’s scope of work goes beyond maintenance.

“The day to day operations include maintenance of all NBI equipment at MDA sites and transmission sites across the country i.e. Network equipment, Generators, air conditioners, CCTV, UPS, Inverters etc,” he said.

The contractor is required to maintain over 2,400kms of fibre, pay electricity bill for transmission sites and the main distribution center, make payments of fuel for generators and meet costs of health insurance and salary of staff.

Soliton also foots the bill of insurance of the Infrastructure; maintains vehicles and fibre network and all NBI equipment; and also run a network operating centre and help desk.

Uganda government did not seek to manage the network hence securing a service provider.

Kirenga says globally, the Managed Services model is the best practice and allows for institutions to benefit from shared value by having a Network partner take over the management and enhancement of highly evolved network process capabilities which leads to significant enhancement in the delivery of a superior Customer Experience.

“The assertion that NITA-U has overseen the financial loss of tax payer’s money is not true as the engagement of a managed service partner is an industry best practice. Reference can be made to banks and telecommunications companies where Business Process Outsourcing has been carried out as testimony to this being, indeed, best practice,” he observed.

While NITA-U is providing high speed internet to Government Ministries, Departments and Agencies, the cost remains a contentious issue.

The whistleblower said in his/her report to President Museveni that Soliton charges NITA-U $200 per Mbps to a government ministries, departments and agencies.

Kirenga wondered: “Surely, on the face of it, if NITA-U charges $70 per Mbps to a ministry, how would it manage to pay $200 per Mbps for the same capacity to Soliton in transport charges? This is clearly not true.”

He said NITA-U remained committed to digitizing Uganda by reducing the cost of internet connectivity country.

“This effort has been deliberate and we are happy to have led the industry in reducing the cost of connectivity to Government offices by over 84 percent since 2010, when 1Mbps cost a government office $1200 to the current cost of $70 for 1Mbps.” 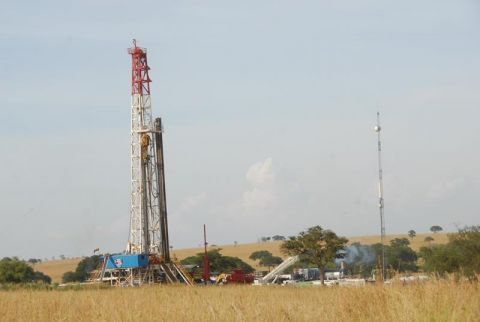 The continued land related disputes in the oil-rich Buliisa district are likely to affect the development of the oil industry, Buliisa residents have said.

Since oil was discovered in Bunyoro sub-region in 2006, the value of land adjacent to the oil sites have increased dramatically. The discoveries triggered a rush for land acquisition by investors and speculators.

Oil wells were discovered in communal settlements, game parks and on the shores of Lake Albert. The area is mainly inhabited by fishermen, subsistence farmers and hunters, who lived on customary land and had no formal documentation to prove the ownership.

Blasio Mugasa, the former Bunyoro Kitara Kingdom lands minister says this has raised the stakes for land ownership and the rights of customary land owners are at risk as the wealthy and influential elites attempt to gain titled land in what is called the Albertine graben.

Customary land ownership is one of the three ways acknowledged by Article 237(3) of the Constitution, along with freehold and mailo tenure systems.

He states that the presence of the resource has seen a number of people face land rights abuses which range from land grabbing by speculators, denial of access to community land fenced by oil companies, delayed compensation, and change of Bagungu traditional customs over land.

In an interview with Earthfinds, Mugasa explains that the weak land governance systems are also to blame for the continued land rights abuses in Buliisa district. He adds that many residents have lost their lands to tycoons without any compensation.

John Kyomu and Tom Kahibwa residents of Bulisa town say the District is heading for a disaster if the government doesn’t intervene to sort out land wrangles. They note that Uganda’s land laws are clear but oil companies and few rich individual speculators are doing the contrarily as the government remains silent.

Other residents Earthfinds spoke to partly blame the overwhelming land rights abuses to corruption tendencies among the government officials in the Energy Ministry. The residents fear that if oil production begins, there will be shedding of blood as people start fragmenting community land into portions.